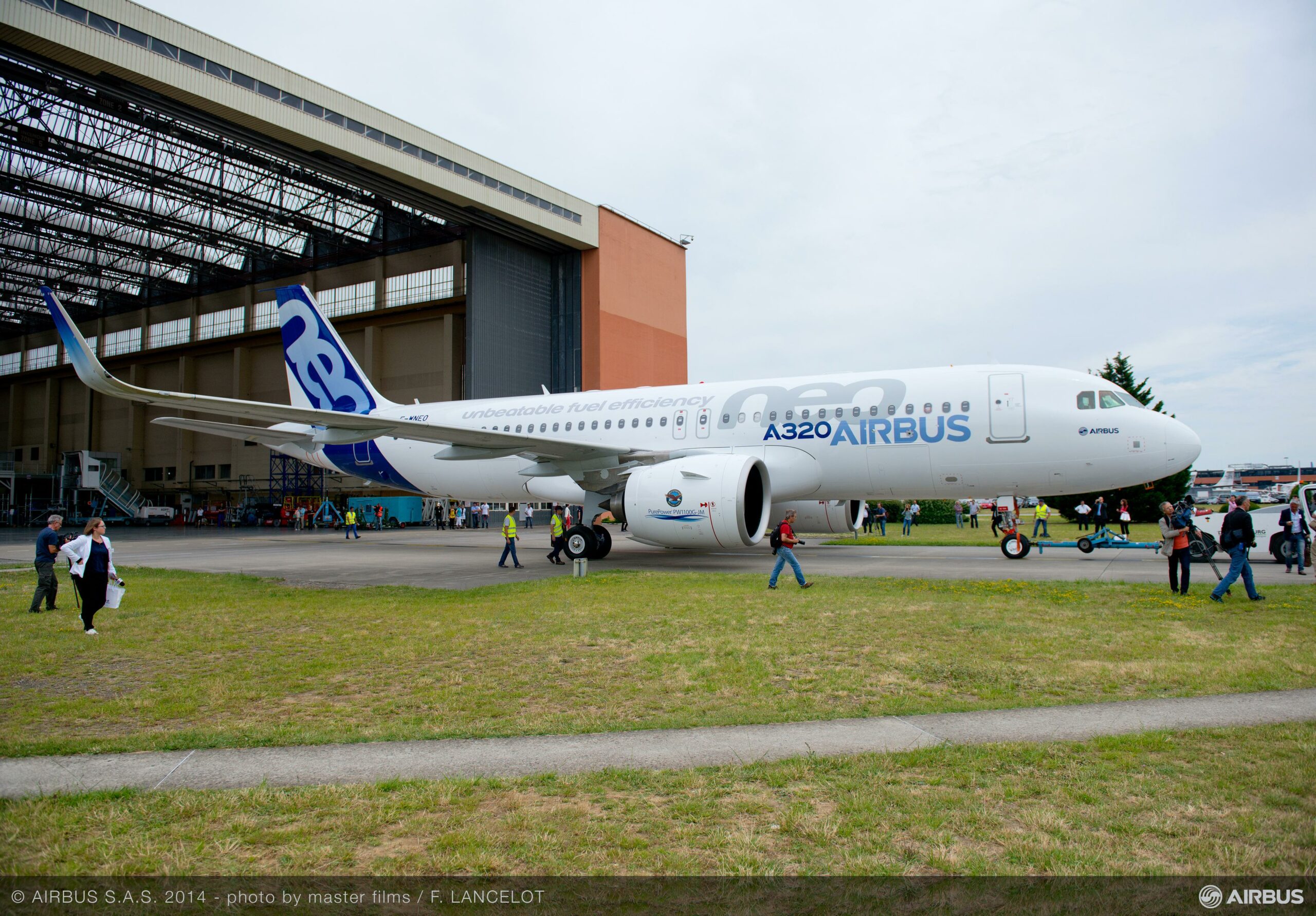 The assembly of Airbus’ first A320neo has been completed following painting of the aircraft and the mounting of Pratt & Whitney PW1100G-JM engines.

MSN6101, which will be the first A320neo to fly, will soon start its ground tests to prepare for first flight.

The flight test campaign for the A320neo will kick-off in September 2014, paving the way for Entry Into Service in Q4 2015.

The A320neo “new engine option” incorporates many innovations, including latest generation engines and large Sharklet wing-tip devices, which together deliver 15 percent in fuel savings and a reduction of 3,600 tons of C02 per aircraft per year.