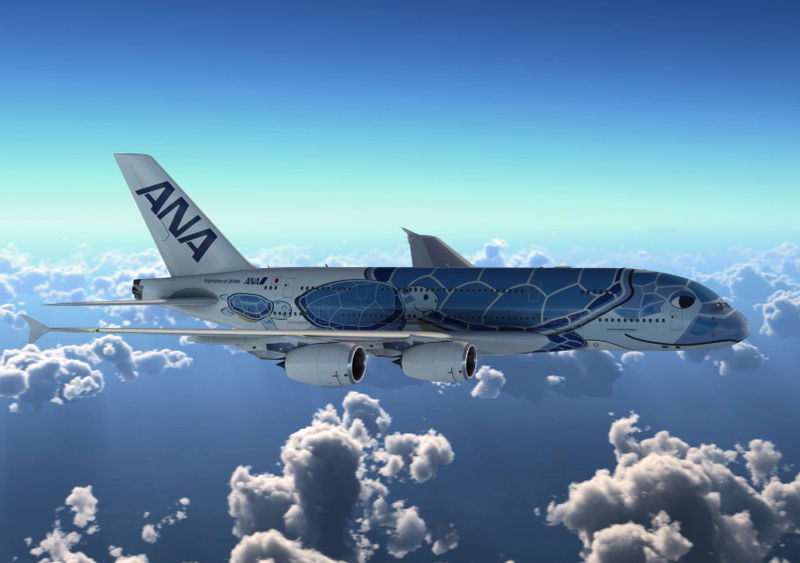 On March 6, All Nippon Airways (ANA) revealed a special livery for the A380.

The livery was selected from over 2,000 submissions received in an open competition organized by the carrier. The winning design will be painted on the airline’s first new A380, which will be delivered early in 2019. ANA will operate the aircraft on its most popular leisure route, from Tokyo to Honolulu.

The winning entry is a colorful design featuring the Hawaiian green sea turtle – a symbol of good luck and prosperity in Hawaii.

Flights between Japan and Hawaii represent a highly competitive market. Around 1.5 million Japanese travel to Hawaii annually, with airlines enjoying consistently high load factors. ANA will seek to increase significantly its share of this lucrative market with the introduction of the popular A380.

ANA parent company ANA Holdings placed its order for three A380s in January 2016 and will become the first Japanese airline to operate the type, transporting more passengers, more efficiently and in greater comfort, all at a lower cost.

ANA is planning a number of future activities in Hawaii to protect the green sea turtle, which is listed by the International Union for Conservation of Nature (IUCN) as an endangered species.

The green sea turtle is known as the “Honu” in Hawaii and ANA will adopt the name “Flying Honu” for its A380 fleet.