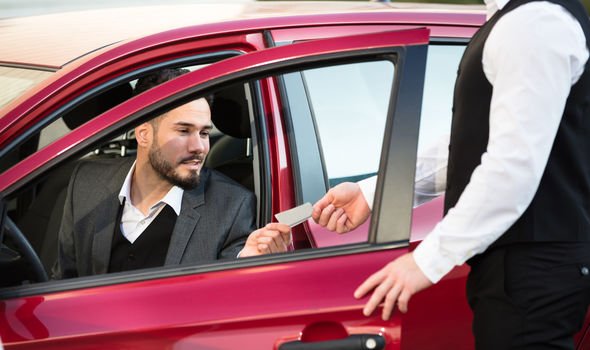 If you typically hand over your car keys to the valet at the airport, you may want to think twice beforehand next time, your insurance may not cover any damage that occurs to your vehicle.

If you typically hand over your car keys to the valet at the airport, you may want to think twice beforehand next time — your insurance may not cover any damage that occurs to your vehicle. A recent GoCompare study found valet parking was excluded from  49% of car insurance policies. While some policies do allow for the car to be left with a parking service, you may receive less coverage as a result.

What does your car insurance cover?

“While valet services can be a convenient way to park your car, especially at airports, any damage to your car while in the care of the valet service might not be covered by your car insurance,” explains Matt Oliver, car insurance spokesman at GoCompare. Car insurance companies typically only pay for damage caused by the driver named on the vehicle’s registration. The GoCompare study found many insurance providers only cover certain minor damage, such as broken windows and windscreen cracks. Expensive issues are not covered. Car theft is also often excluded from insurance policies if the owners give their keys to someone else or leave them in the ignition. Even if you have “drive other car” (DOC) coverage, your insurance provider may decline to make expensive payouts.

Valet parking services offer their own insurance cover. However, this also comes with risks. BBC1’s Your Money, Their Tricks programme investigated six different airport valet services at three major airports. Tracking devices showed one car left at Gatwick was initially taken to a secure car park before being driven to a residential address in Crawley and then later back to the car park. Another car left at Gatwick (as well as two at Luton) were driven to compounds found to be neither secure nor monitored by CCTV. At Heathrow, however, the valet service was exactly as advertised.

“Read the valet parking operator’s terms and conditions because it will outline what insurance cover, if any, the operator offers, including the exclusions and excesses,” advises Lee Griffin, GoCompare’s motoring expert. “Operators offer very limited cover for damage to your car, which you’ll need to spot and report to them when you collect your vehicle. And possessions left in your car are usually excluded.” If you have a larger vehicle like an SUV, it’s especially important to check for new scratches, dents, or damage upon collection and before leaving the airport (as advised by the AA). For SUVs in particular, someone unfamiliar with the vehicle parking it in tight spots can potentially cause damage, and even minor damage can end up costing thousands of pounds. Also, check if the valet service is a  Park Mark award holder — a British Parking Association scheme which implements minimum safety and security standards for car parks.

The findings of the GoCompare study have also been confirmed by the Association of British Insurers. Since valet service drivers aren’t named drivers on your insurance policy, you won’t be afforded full protection if damage occurs to your vehicle. It’s important that motorists are fully aware of what their insurance does and does not cover before handing over their keys at the airport.