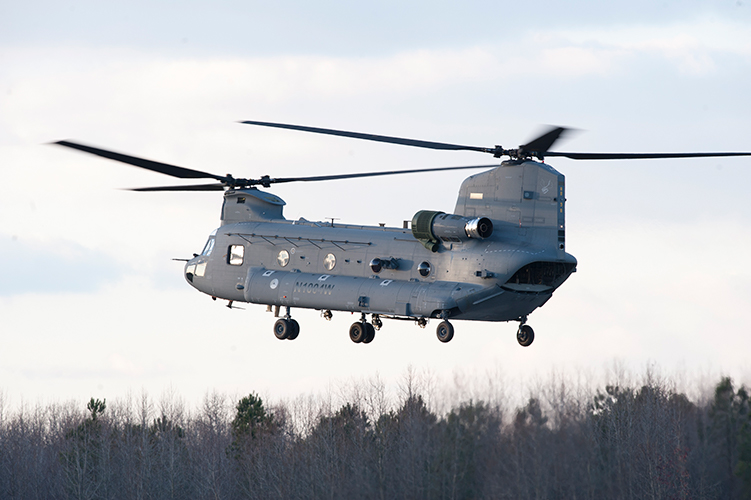 Boeing and the Netherlands Ministry of Defence today signed an agreement that will upgrade six Royal Netherlands Air Force (RNLAF) Chinook helicopters to the latest F-model configuration, ensuring commonality of systems for their entire fleet of 20 F-model Chinooks.

Deliveries of the six modernized Chinooks are planned to begin in 2021.

“Ever since their introduction in the mid-1990s, the Chinooks have been continuously involved in almost all of our missions abroad, but also in disaster relief operations and in domestic support. A true versatile workhorse of our Defense Organization.”

The upgrade to a common configuration will improve operational effectiveness, maintenance, and affordability.

“Our longstanding close partnership with the Netherlands played an important role in achieving their objective of a standardized fleet of CH-47F Chinooks,” said Chuck Dabundo, vice president, Boeing Cargo Helicopters, and H-47 program manager. “Worldwide interest in Chinooks continues to grow. This is the eighth international order since 2015, and it grows the operational Chinook fleet within NATO. There is no doubt the Chinook is the world’s premier heavy-lift helicopter with a long future will continue to serve our customers for decades to come.”

In 2016, the Netherlands acquired 14 CH-47F Chinooks through the U.S. Department of Defense’s Foreign Military Sales program. To date, Boeing has delivered more than 900 H-47 Chinook helicopters. The Chinook is on order or operated by 20 countries, including eight NATO nations – Canada, Greece, Italy, The Netherlands, Spain, Turkey, United Kingdom, and the U.S.