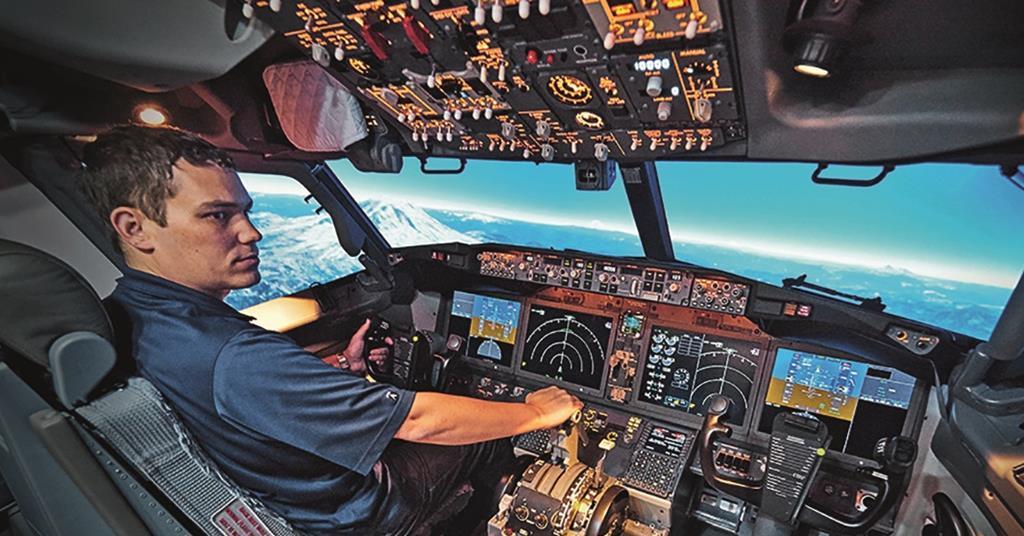 Aircraft simulators are highly demanded to recreate the flying environment for aircraft. The primary use cases happen to be pilot training, recreation, and designing, where real-time flying of aircraft is not required. It is employed as a virtual system that imitates real flying conditions to train pilots before their real flying experience. Other prominent applications of aircraft simulators include handling of controls, researches in aircraft and aircraft’s design development. The ultimate goal is to maintain a level of proficiency in handling the operations associated with an aircraft flying in real-time. The fact that it mitigates the risk of losses associated with lives and resources, makes it a very important element of the aviation industry.

This low-cost virtual training system is composed of control devices, flight data recording, and processing systems, displays, inputs for control and an audio-based communication system. An aircraft simulator is supposed to be a replica of the aircraft. For instance, the cockpit of these simulators is a duplicate of aircraft cabins in every aspect where even fast-moving jacks are provided as the real flights to move the cabin around. The video displays in the aircraft simulators enrich the novice pilots with the visual experience of real runways. They are designed to give a feel of real weather conditions that are encountered by the aircraft while flying in the air.

The fast-paced commercialization of airlines is projected to positively influence the growth of the aircraft simulator market. The adoption of advanced technologies such as virtual reality in aircraft simulators is generating growth opportunities in the market. Though aircraft simulators come with some real benefits, they fail to replicate the stress that can be borne by the pilots during real flying sessions. The mental fatigue that may occur during lengthy flights also cannot be reproduced.

The surge in global passenger traffic is projected to push ahead of the growth of the aircraft simulator market. Aircraft simulators market in the Asia Pacific will exhibit robust growth in the period under projection owing to the significant growth of the middle-class economy and entry of cheap Chinese products in the region. Other factors boosting the market of Asia Pacific are enhanced production of commercial aircraft and unmanned aerial vehicles.