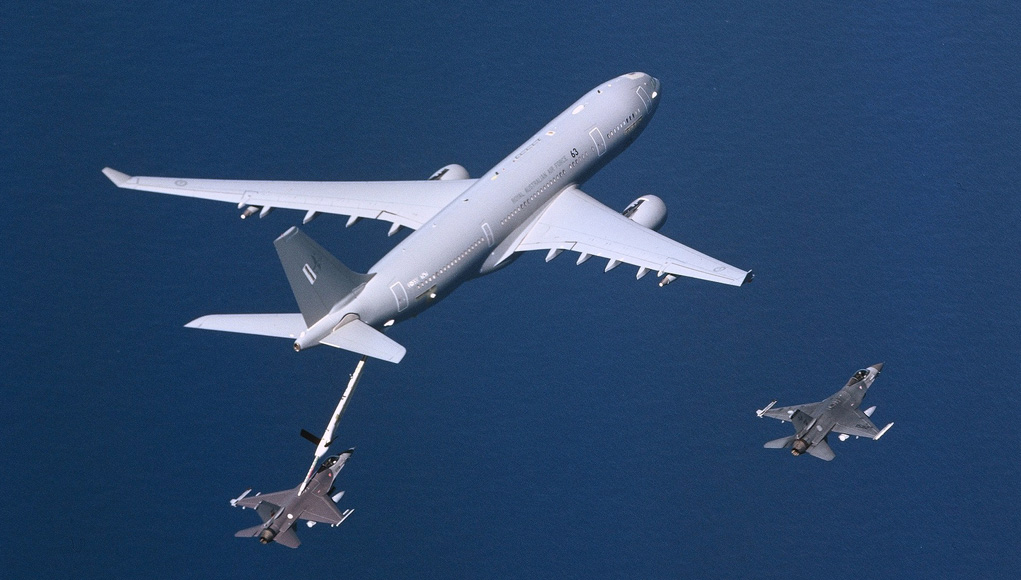 Airbus Defence and Space has received a firm order from the French Defence Procurement Agency (DGA) for a further eight A330 MRTT Multi-Role Tanker Transport aircraft.

The aircraft constitute the second tranche of the multi-year contract for 12 A330 MRTTs signed by the French Ministry of Defence in November 2014 and bring the total firm order to nine. The remaining three are scheduled to be confirmed in 2018, permitting deliveries of the 12 aircraft before 2025.

The first A330 MRTT will be delivered to France in 2018, followed by the second in 2019, and the remainder at a rate of one or two per year.

In French service the A330 MRTT will be powered by Rolls-Royce Trent 700 engines and equipped with a combination of the Airbus Refuelling Boom System and underwing hose-and-drogue refuelling pods. It will also be possible to configure them in a variety of layouts carrying up to 271 passengers as well as medevac arrangements including the French MORPHEE intensive care module carrying up to ten patients as well as 88 passengers.

The combat-proven A330 MRTT has been ordered by seven nations which have now placed firm orders for 49 aircraft, of which 26 have been delivered.

Airbus Defence and Space is a division of Airbus Group formed by combining the business activities of Cassidian, Astrium and Airbus Military. The new division is Europe’s number one defence and space enterprise, the second largest space business worldwide and among the top ten global defence enterprises. It employs some 38,000 employees generating revenues of approximately €13 billion per year.