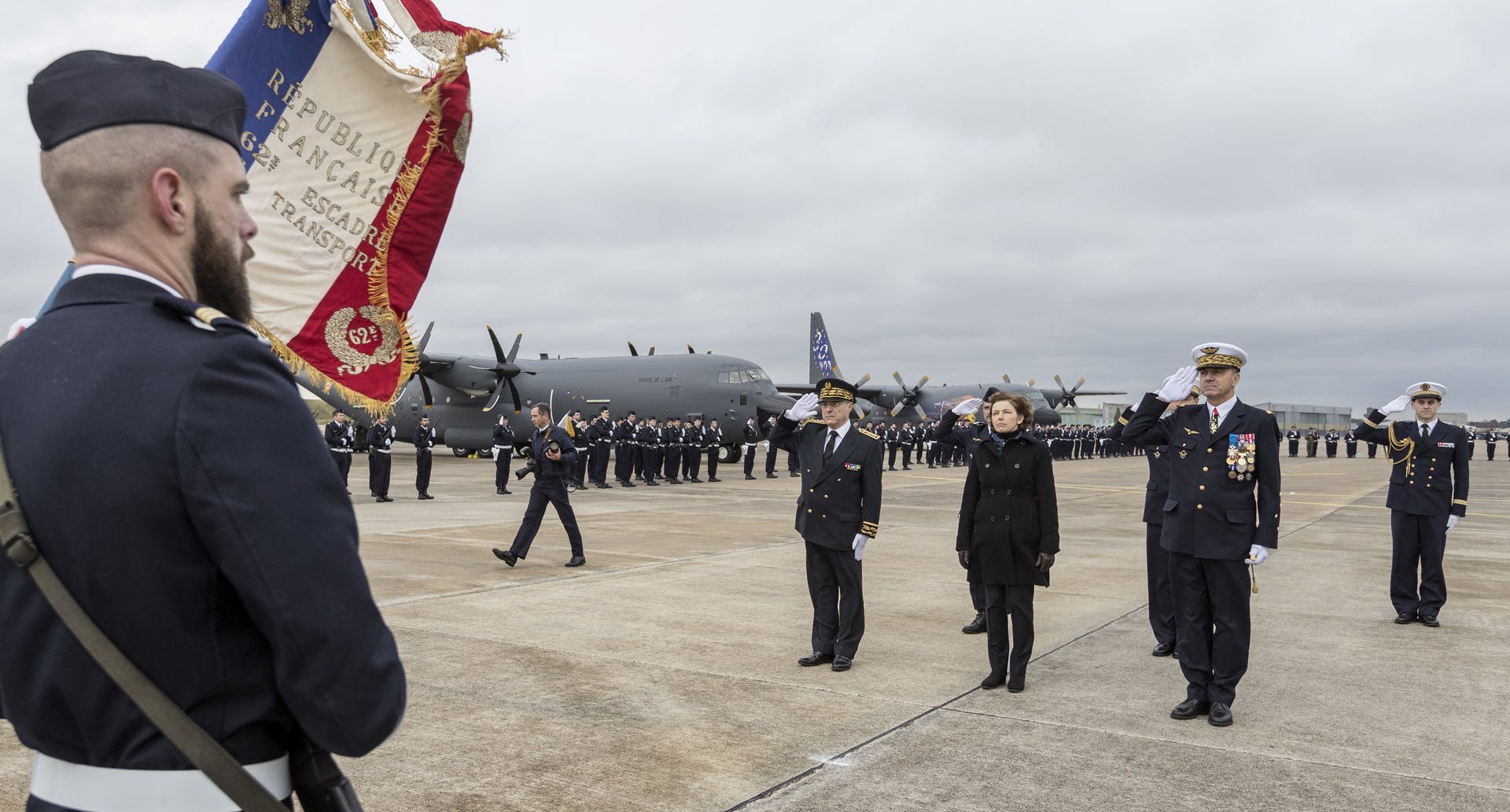 France’s minister of the Armed Forces officially welcomed the country’s first C-130J Super Hercules aircraft to the Armée de l’Air’s 62st Transport Wing with a ceremony at Orléans-Bricy Air Base.

Government officials from France and the United States also attended the ceremony, along with representatives from Lockheed Martin.

France will receive a total of four Super Hercules aircraft — two C-130J-30 combat delivery airlifters and two KC-130J aerial refuelers — through a Foreign Military Sale with the U.S. government, with deliveries taking place through 2019. The first of these aircraft (a C-130J-30 airlifter) was formally delivered to France in December 2017 at the Lockheed Martin facility in Marietta, Georgia, in the United States.

France first acquired C-130Hs in 1987 and its new C-130Js will be operated with its existing Hercules fleet.

“As a long-time Hercules operator, France has continuously demonstrated to the world the unmatched qualities and versatility found only in a C-130,” said George Shultz, vice president and general manager, Air Mobility & Maritime Missions at Lockheed Martin.

France is the 17th country to choose the C-130J for its airlift needs. The C-130J Super Hercules is the most advanced tactical airlifter in operation today, offering superior performance and enhanced capabilities with the range and versatility for every theater of operations and evolving requirements.