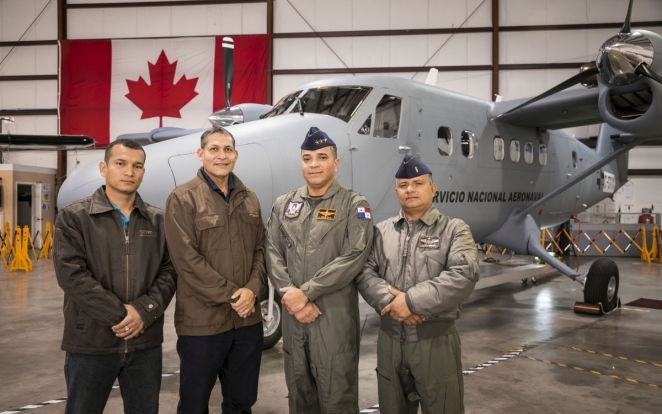 Viking Air has sold its second Series 400 Twin Otter to the government of Panama for use by its Servicio Nacional Aeronaval (SENAN) Air Group based in Cocoli, Panama.

The aircraft is scheduled for delivery in December 2017 and will be utilized to support the agency’s humanitarian aid missions throughout the country.

After witnessing the operational success of their first Viking Series 400 Twin Otter, SENAN has elected to purchase a second Viking Series 400 Twin Otter to expand on the services the agency provides to the Panamanian population. SENAN is the agency within Panama’s national forces that is responsible for public security and protecting the social and economic development of Panama through use of naval and air means.

The Viking Series 400 will be equipped with standard wheel gear for its primary role as troop and cargo transport, and will also be configured for medical evacuation to support emergencies as needed. The aircraft will be the second Twin Otter to be introduced to SENAN’s operational fleet and will join the first Viking Series 400 aircraft delivered in December 2016.

“SENAN’s operational group has been impressed with the Series 400 Twin Otter’s reliability and its amazing performance when accessing the country’s short airfields. The Twin Otter has enabled the government to increase its presence in remote locations, greatly contributing to the agency’s success; the addition of a second Viking aircraft is a testament to that success.”

SENAN took delivery of their first Series 400 in December 2016, and have deployed the aircraft in key roles supporting different missions daily since the new Twin Otter program was established in January 2017.