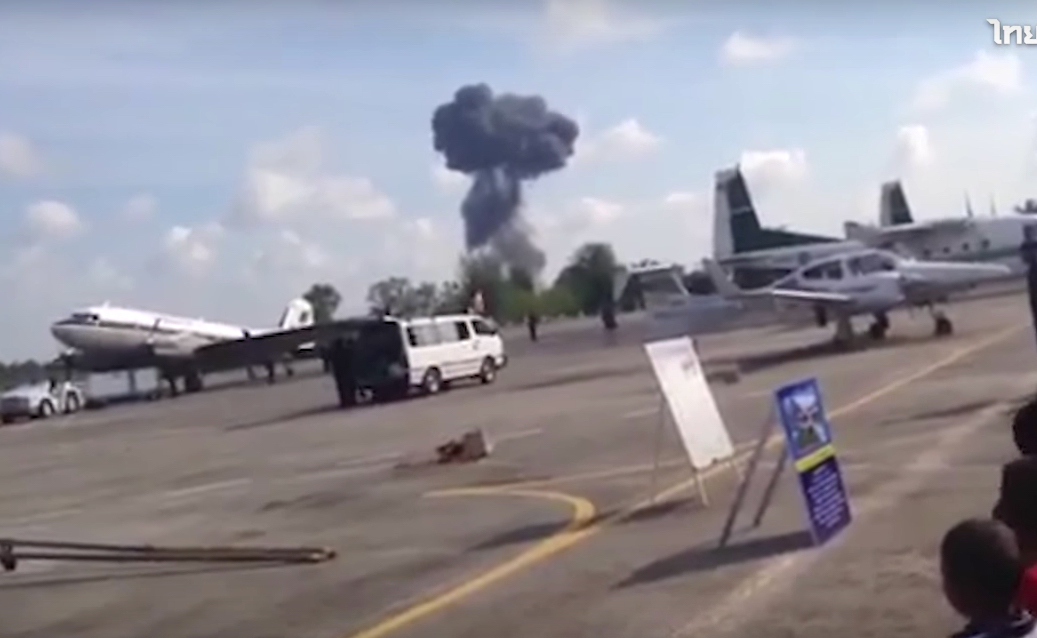 A Saab Gripen fighter jet taking part in the Children’s Day airshow at Thailand’s southern Hat Yai International Airport has been filmed crashing to the ground, with smoke and flames erupting from the spot.

Sqn Ldr Dilokrit Pattavee was reportedly killed in the crash, when the Swedish-made Saab JAS 39C Gripen fighter jet, with military registration 70110, crashed during the air show at around 9.27am, while performing a surprise attack maneuver. The airplane was destroyed by the impact and post-impact fire.

A video filmed from amid the crowd of onlookers shows the fighter plane going into a stunt maneuver, before quickly turning over and nearly nose-diving into the ground in the distance.

The Saab JAS 39 Gripen is a light single-engine multirole fighter aircraft manufactured by the Swedish aerospace company Saab. It was designed to replace the Saab 35 Draken and 37 Viggen in the Swedish Air Force (Flygvapnet).The Gripen has a delta wing and canard configuration with relaxed stability design and fly-by-wire flight controls.

In 2007, Thailand’s Parliament authorized the Royal Thai Air Force to spend up to 34 billion baht (US$ 1.1 billion) as part of an effort to replace Thailand’s existing Northrop F-5 fleet. In February 2008, the Thai Air Force ordered six Gripens (two single-seat C-models and four two-seat D-models) from Saab; deliveries began in 2011. Thailand ordered six more Gripen Cs in November 2010; deliveries began in 2013. The first of the six aircraft was delivered on 22 February 2011.