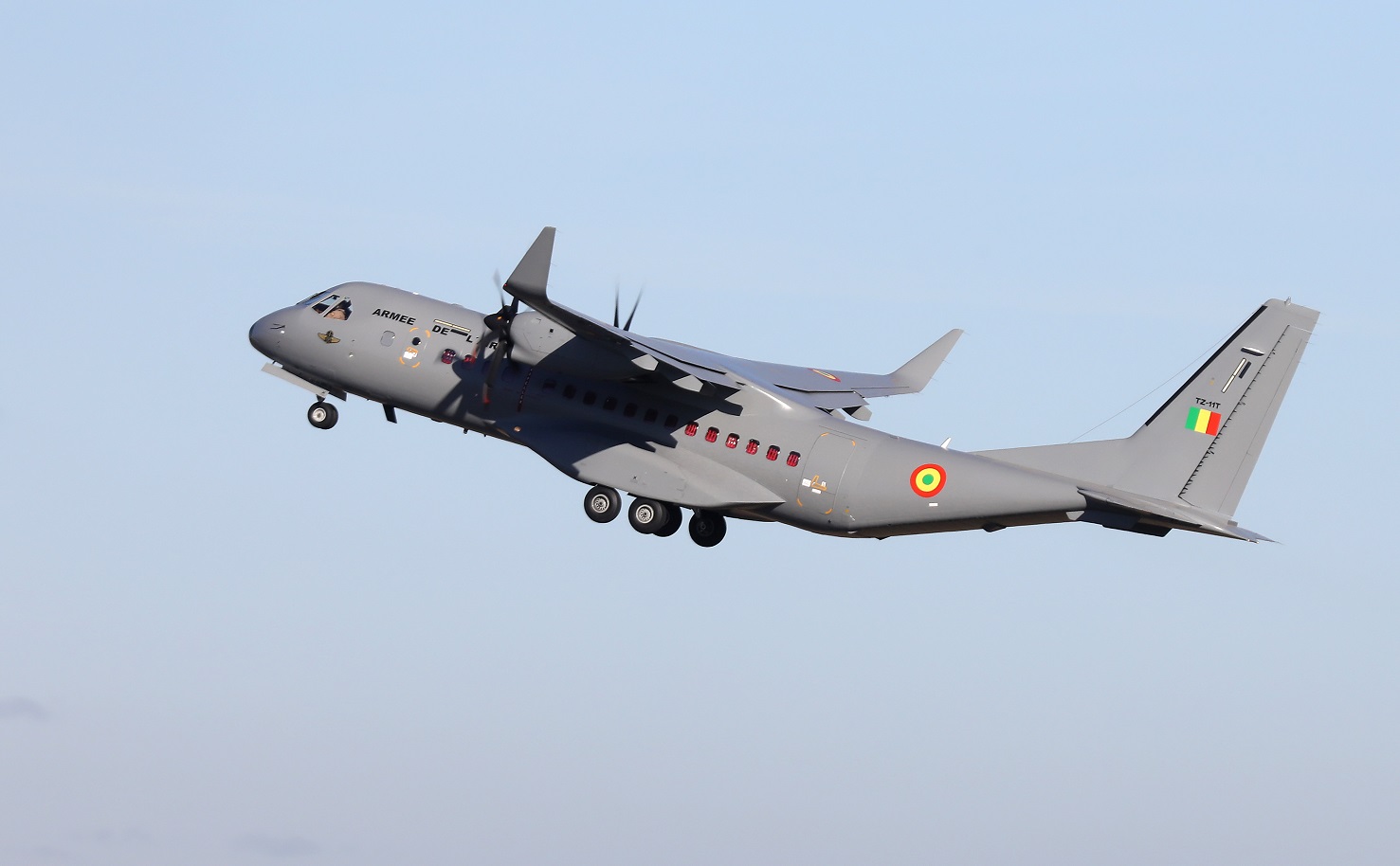 Airbus Defence and Space has secured its first order in 2016 for the market-leading C295W transport and mission aircraft.

Mali becomes the 23rd nation to order the C295 with an order for one winglet-equipped C295W model, now the standard version, in transport configuration for the Mali Air Force.

Delivery is due in the second half of this year. Head of Marketing and Sales, Jean-Pierre Talamoni said: “This order from Mali reflects the C295W’s proven ability to handle the exceptionally harsh operating conditions encountered in sub-Saharan Africa.”

The new generation C295 is the ideal aircraft for defence and civic missions to the benefit of society, such as humanitarian actions, homeland security, and environmental surveillance. Thanks to its robustness and reliability, simple systems, and optimal cabin, this medium sized tactical airlifter provides wide versatility and flexibility, necessary for personnel, troop and bulky/palletized cargo transportation, casualty evacuation, communication and logistic duties, and air-dropping. Its flexible design, long endurance and modern systems have made it an outstanding platform for a wide range of ISR roles including anti-submarine and ship warfare, airborne early warning, and maritime surveillance. The C295 is part of the Airbus Defence and Space family of light and medium airlifters which also includes the earlier C212 and smaller CN235 platforms. Airbus Defence and Space now offers the C295W, featuring as standard winglets and higher engine power ratings, giving increased performance in all flight phases and lower fuel burn.

Airbus Defence and Space is a division of Airbus Group formed by combining the business activities of Cassidian, Astrium and Airbus Military. The new division is Europe’s number one defence and space enterprise, the second largest space business worldwide and among the top ten global defence enterprises. It employs more than 38,000 employees generating revenues of approximately €13 billion per year.