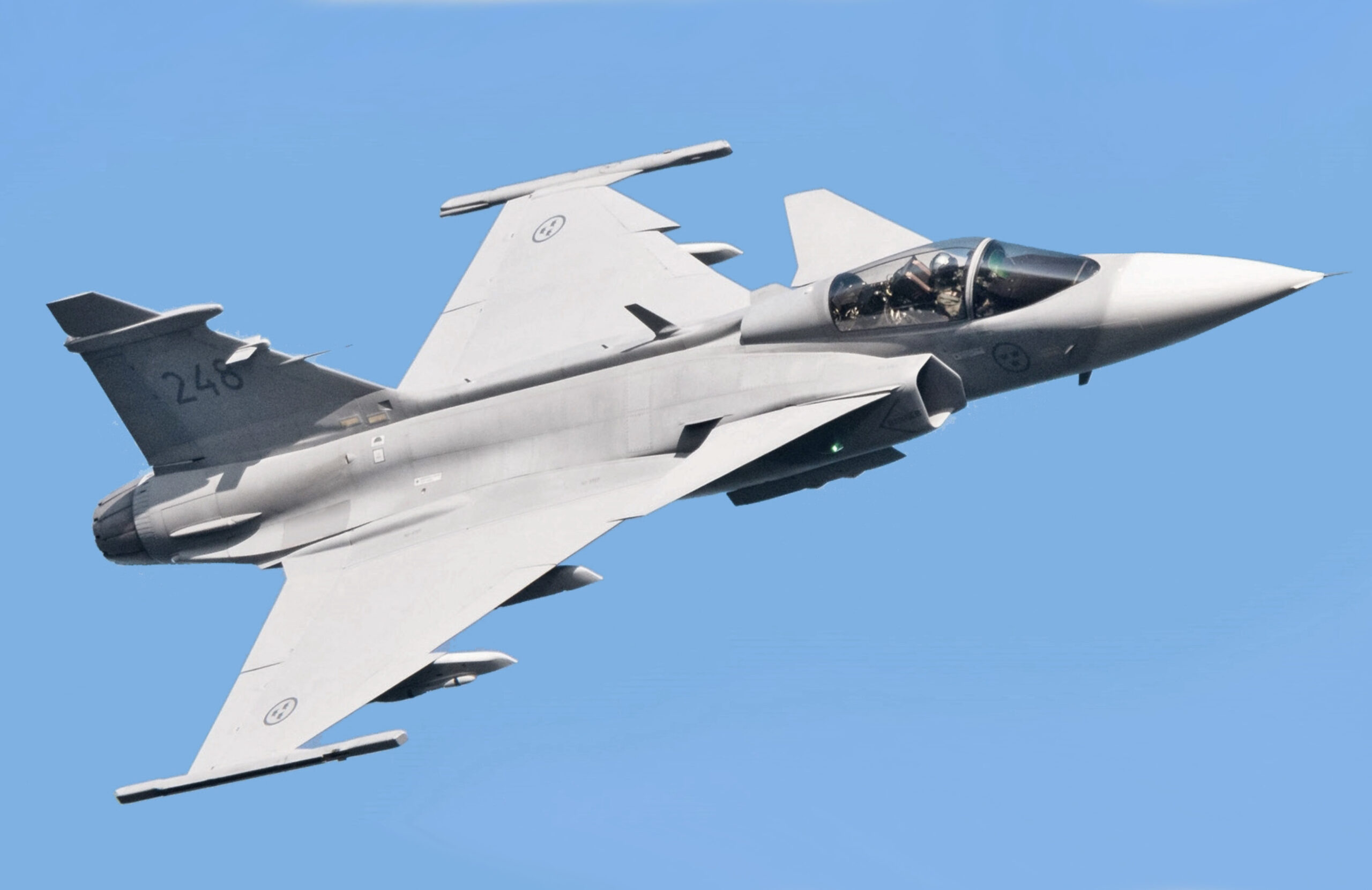 Gripen Aggressor is based on the proven Gripen C-series and is the ultimate platform for the adversary air combat training market. Gripen Aggressor brings a unique mix of high performance, mission flexibility and availability combined with a low life cycle cost.

There is a growing segment within the adversary air combat training market for highly advanced aggressor capabilities to be able to perform realistic combat training. Gripen Aggressor provides an exceptional, dissimilar opponent aircraft system against which pilots will sharpen and refine their combat skills so as to fight and win against an advanced enemy threat.

“There is a major difference in the capabilities provided by the aggressors on the market today and what the need is for the coming years. In order to train as you fight, you need to fly advanced combat tactics against peer and near peer opponents like the Gripen Aggressor. Essentially world class pilots need to train against world class opponents and that is the Gripen Aggressor”, says Richard Smith, head of Gripen marketing & sales at Saab.

Gripen Aggressor is based on the proven Gripen C-series fighter weapon system but has been customised for the aggressor role. It has all the renowned handling and flight characteristics associated with the Gripen C and its advanced sensor and datalink capabilities, but will not carry live armament. The Gripen C-series is in-service across the world including NATO members and has a firm development plan with on-going enhancements in hand.

An aggressor, or adversary, aircraft, is used to act as an opposing force in advanced military combat training. Aggressor squadrons use enemy tactics, techniques, and procedures to provide a realistic environment for the fighter pilots to train against. Saab sees the potential for the platform as a high-level aggressor option within both the United States Air Force’s Adversary Air (ADAIR) and UK MOD’s Air Support to Defence Operational Training (ASDOT) requirements, and wherever users look to prepare pilots for the challenges of sophisticated modern air combat.

The Gripen Aggressor concept is being shown for the first time at DSEI 2017, London, UK.