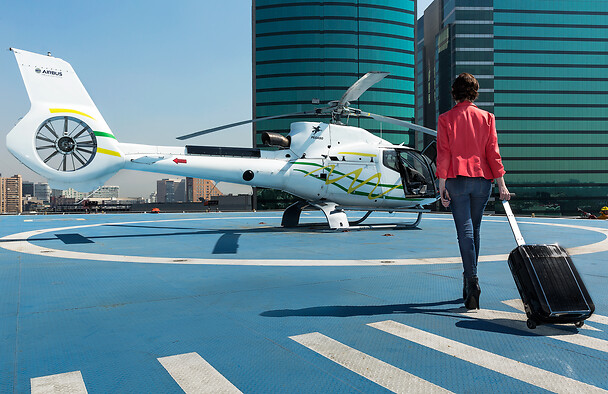 Voom is a wholly-owned subsidiary of Airbus Helicopters that was launched in 2016 as an on-demand helicopter booking platform allowing passengers to request a seat on a helicopter within minutes. By providing a more efficient transportation option to daily commuters, it aims to address challenges associated with rush-hour traffic by offering an alternative form of transportation in some of the world’s most congested cities.

Voom provides travelers both convenience and reliability in the most affordable and accessible way available today. Riders can book and take off in as little as 60 minutes or plan their trip up to seven days in advance, and only need to arrive at the helipad 15 minutes before boarding time. Offering several boardings per hour, the service’s convenience pairs with significant savings in commute times.

With a population of 23.9 million people and well-known traffic congestion, Mexico City was a natural choice for Voom’s second launch. Furthermore, Mexico City has substantial helicopter infrastructure already in place, with more than 200 helipads in its metro area. Mexico also has a dedicated air traffic control for helicopters, allowing for more efficient air transportation.