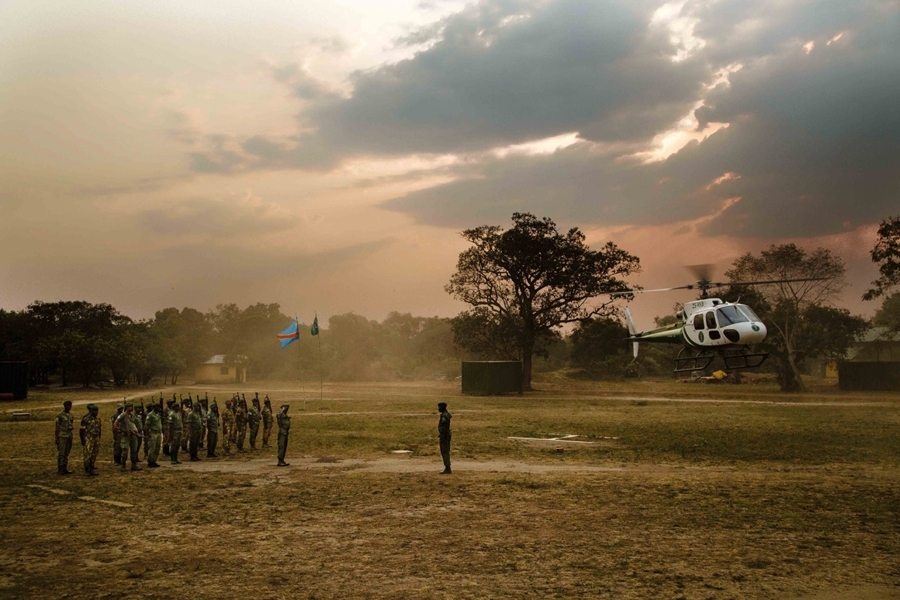 High temperatures and low flying are all part of the job for African Parks, a Spidertracks customer and not-for-profit organisation that manages ten wildlife parks in seven African countries and protects an area of over six million hectares.

The African Parks’ fleet of nine aircraft are always in high demand, from avoiding bandits and rebels in the Central African Republic to transporting an injured gorilla in the back of a helicopter in the eastern Democratic Republic of Congo.

“Working in remote areas, fast changing weather conditions, and the risk of being shot at by poachers are some of the daily challenges we face here,” says Carien Soldatos, GIS coordinator at African Parks.

“Our parks are vast and remote and it’s extremely difficult for a park manager to know what is going on without being able to cover the whole area. Aircraft give a great perspective of the condition of the overall park and great insight into what may be happening in remote areas but managing the aircraft from one place has always been difficult. As well as being spread over a large area, diverse flying activities like vets hanging out the side of the aircraft to dart key research animals from the air is pretty unique to this part of the world and brings an increased need to know our people are safe”.

Soldatos adds that while real-time tracking on rangers and wildlife is being introduced to African Parks, having their aircraft fitted with Spidertracks now gives an unprecedented level of situational awareness over their entire operation.

“Poaching is a constant threat for us, but we’re using tracking data from these different sources as a new way to counter it. We monitor if an elephant hasn’t moved in a day or more and deploy an aircraft directly to its location to investigate what is going on. As well as monitoring where the aircraft is, we can also send text messages to the pilot through Spidertracks. If a pilot spots something unusual like a poachers camp from the air, or identifies poaching incidents from recent carcasses we can deploy patrols or response teams quickly to those locations based on the aircraft’s position”.

“Having aircraft overhead can even act as a deterrent to poachers. When they can hear us patrolling in the aircraft, they know we’re nearby and often retreat to less protected areas,” she says.

Carien says that having Spidertracks on board provides peace of mind and increases safety for their pilots.

“If we need to know where they are if an incident occurs or just monitor them if they’re going into a dangerous area, they know that help can come directly to them. Also the ability to see an entire flight at any time means we look back over past flights and review different tracks to see where we have been, ensuring the entire park is being monitored.”

“Working with an organisation like African Parks is a great inspiration for us. Helping other companies do good and making their job easier and safer at the same time is really rewarding. It’s often interesting, there are so many diverse applications for one simple product. In some cases we help tour companies know when the next group will be back and in others, you have people on the front line of conservation putting themselves at risk to protect this amazing wildlife.”

The work never stops for African Parks, in December they are adding another aircraft, a Aeroprakt A22LS (Foxbat) to their fleet to manage operations in Malawi. To recognise the amazing work that African Parks are doing, Spidertracks are donating a brand new Spider 6 for their new aircraft to help them further increase the operational efficiency of their fleet.

On top of the two-way text messaging they have been able to use, the Spider 6 will help African Parks to not only know where the aircraft is flying but also how the aircraft is flying. With the new Altitude Events alert, they can receive automatic alerts if an aircraft exceeds a pre-defined rate of climb or descent signaling distress.

Carien adds that conservation efforts are greatly improved when working with partners who provide reliable and effective solutions.

“Improved knowledge of what is happening in the air not only protects our pilots, but greatly enhances the safety of our teams on the ground. It allows us to deploy limited resources to areas most needed and aids the ultimate goal of conserving our precious wildlife.”