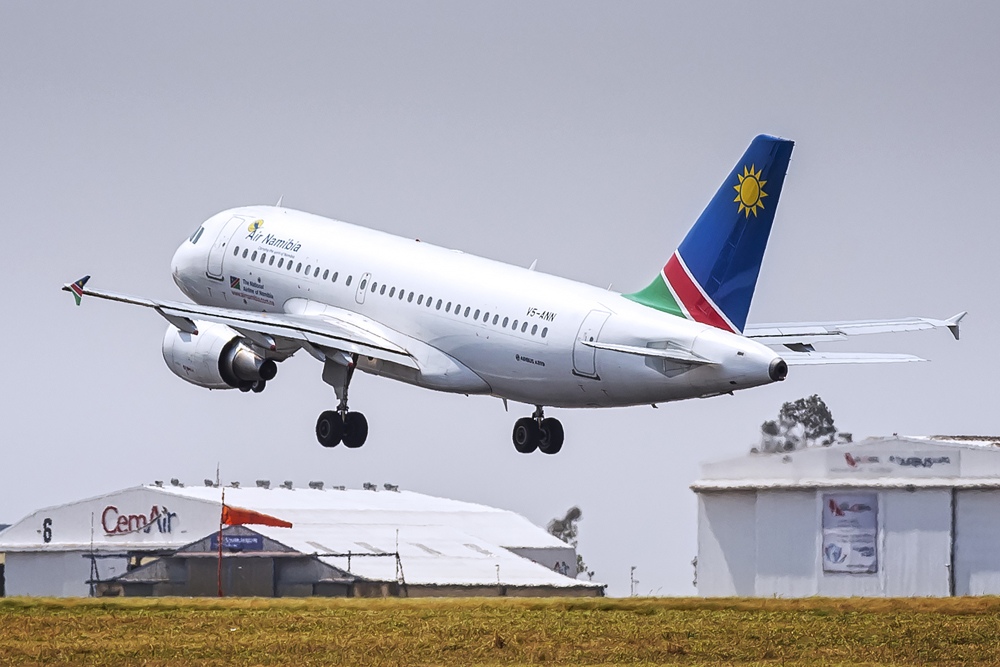 Air Namibia announced that the route has been performing well and the national airline plans to increase capacity on the Windhoek – Gaborone – Durban route.

Barely six months after introducing the Windhoek – Gaborone – Durban flights, Air Namibia announced that the route has been performing well and the national airline plans to increase capacity on this route.

Effective 26 March 2017, Air Namibia will now service the Windhoek-Gaborone-Durban route with an Airbus A319 which offers 112 seats, with 16 seats in business class and 96 seats in economy class. The Airbus A319 replaces the Embraer ERJ 135 which only offered 37 economy seats on that route.

Mr. Xavier Masule, Air Namibia’s General Manager for Commercial Services described this development as a strategic move in the right direction. “We are proud of this development because it reflects growth and sustainability. The increment in capacity for the two destinations will meet the growing demand of passengers flying with Air Namibia, while setting new standards for comfort on single-aisle jetliners,” he said.

Air Namibia will continue to service the destination to Gaborone and Durban four times per week, on Mondays, Wednesdays, Fridays and Sundays, using the Airbus A319.