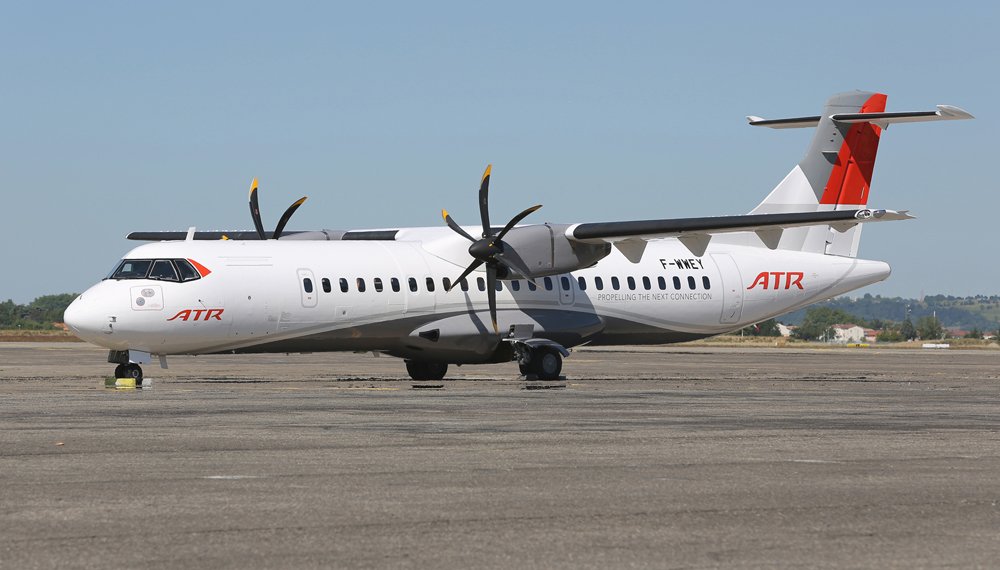 Air Senegal SA, the new Senegalese national airline, has signed a contract for a firm order of two ATR 72-600s at the Paris Air Show.

Air Senegal SA, the new Senegalese national airline, has signed a contract for a firm order of two ATR 72-600s at the Paris Air Show.

With an estimated value of approximately 50 million euros at catalogue price, the contract was formalised today in the presence of Maimouna Ndoye Seck, Senegal’s Minister for Tourism and Air Transport and Elisabeth Borne, French Minister for Transport.

Delivery of these two turboprop aircraft, which will constitute the initial fleet of the airline, will be made in November 2017. Air Senegal SA’s inauguration ceremony will be held on December 7, 2017, in conjunction with the inauguration of the new Blaise Diagne International Airport in Diass, located some 50 kilometers from Dakar.

The reinstatement of a national airline is part of the wider scope of a government plan called Plan for an Emerging Senegal (PES), aimed at establishing new economic and social policies in the medium to long term, to revitalise the economic growth of the country and to improve the quality of life of its inhabitants.

“Since the liquidation of Senegal Airlines, domestic air services have been disrupted within the country,” commented Mamadou Lamine Sow, Chief Executive Officer of Air Senegal SA. “Our ambition is for this new airline to play a major role in Senegal, and in all of West Africa. After a year of assessment, conducted by a team of experts assisted by a consulting firm, and on the basis of the airline’s business plan, the choice of the initial fleet focused on the ATR 72-600s. It is Air Senegal SA’s wish to offer its passengers a pleasant and affordable experience aboard a modern aircraft. We are confident that ATR is the best choice to meet the requirements of the market.”

Christian Scherer, ATR’s Chief Executive Officer, added: “We are delighted to welcome both a new airline and a new country into the ATR family. According to our market forecasts, Africa and the Middle East should need 300 turboprop aircraft by 2035, and 400 new routes should be created. With the ATRs, Senegalese passengers will benefit from a transport offer that will generate many business opportunities, thereby helping to boost the local economy.”

As part of its development, Air Senegal SA next plans to acquire single-aisle aircraft, followed by high-capacity aircraft, which should enable it to operate the famous Paris–Dakar route.