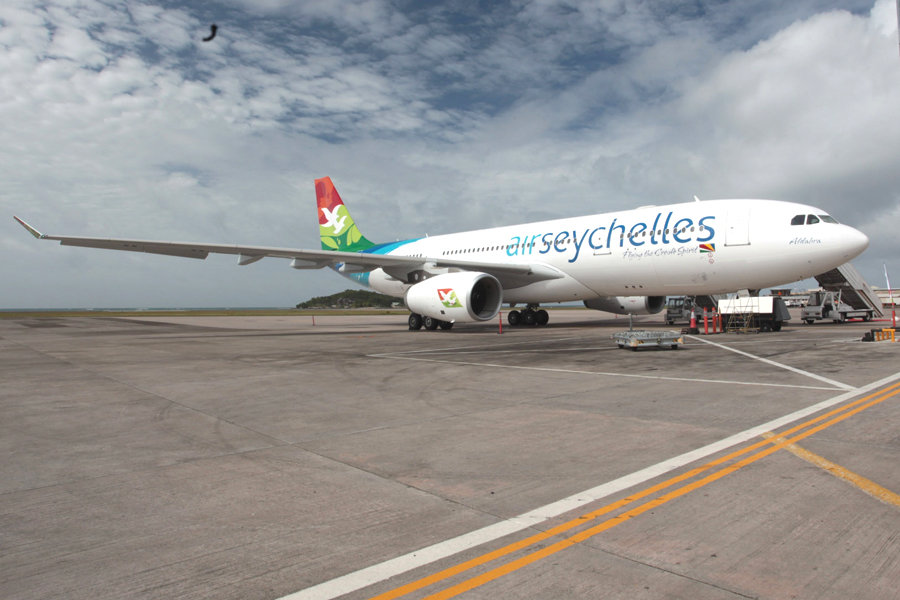 Air Seychelles, the national airline of the Republic of Seychelles, has announced a major fleet and network expansion that will see the airline introduce a second Airbus A330 aircraft, commence non-stop services to Düsseldorf and Durban, and significantly strengthen its existing regional network in early 2017.

The airline plans to establish the air bridge between Seychelles and Germany on 30 March, 2017, by launching a twice-per-week service to Düsseldorf, in western Germany.

To further strengthen its European network, Air Seychelles will also upgrade its Paris service from three to four flights per week, with effect from 28 March 2017, giving more travel options to holidaymakers visiting Seychelles from France.

Effective 30 March 2017, the Seychelles flag carrier will also commence a twice-weekly service to South Africa’s port city of Durban, an important trade hub that is home to over three million people, complementing its existing five-a-week service to Johannesburg.

“Air Seychelles has grown extensively and robustly in 2016 and is now ready to embark on the next exciting chapter of its evolution, further enhancing air access to our archipelago and bringing more holidaymakers and business people to our shores.

“Both stakeholders, the Government of Seychelles and Etihad Airways fully support the airline’s plan to develop its European network by establishing a non-stop connection to Germany, a strategically-important market that is currently the second-largest source of inbound tourism after France.

“More than 29,200 people from Germany have visited Seychelles so far this year, representing an increase of nine per cent over 2015, demonstrating the importance of opening up air links to this part of the world.

“Together with the new service to Durban, additional flights to Paris and increased regional capacity, these developments will lay the foundations for solid long-term growth of the Seychelles national airline and country’s economy.”

The airline’s second Airbus A330 aircraft is scheduled to be delivered in the last week of March 2017 and will have a two cabin configuration with 18 Business Class and 236 Economy Class seats.

“The addition of a second wide-body A330 to our fleet is set to open up significant growth opportunities, enabling Air Seychelles to extend its network footprint in Europe and the Indian Ocean region.

“The new Düsseldorf service is an exciting and much-awaited development that will provide travellers in Germany and the wider catchment area of Belgium, Holland and Scandinavia with attractive new travel options to Seychelles. The German market has traditionally been a key source of leisure tourism for Seychelles and our Düsseldorf service has tremendous potential for driving passenger growth and stimulating the tourism economy of our islands.”

In addition to capturing point-to-point traffic flows, the Düsseldorf flight schedule has been carefully timed to give international travellers seamless connections over Seychelles to Antananarivo, the capital of Madagascar, Mauritius and Johannesburg.

Mr Kinnear said that Air Seychelles will further strengthen its presence in Europe by developing its Paris service and codeshare network.

“To maximise aircraft utilisation of our wide-body fleet, we are going to deploy an A330 on an additional fourth weekly frequency to Paris, which combined with Düsseldorf, will provide an unprecedented 3,048 return seats between Seychelles and Europe each week.

“We have developed strong codeshare partnerships with airberlin, Alitalia, Air Serbia, Etihad Airways and Air France, widening our reach to over 35 cities in Europe, and will continue to strengthen our relationships in the months to come.”

In addition to flying to Europe, the Airbus A330 will be used to increase capacity on the airline’s five-per-week regional services to Johannesburg, Mauritius and Mumbai which are currently operated on a narrow-body A320.

The introduction of a second wide body A330 will facilitate the upgrading of capacity on South Africa’s largest city Johannesburg on Thursdays and Saturdays, Mumbai on Saturdays and Mauritius on Sundays, increasing the combined seat capacity on these routes by 23 per cent.

This development will allow Air Seychelles to allocate an Airbus A320 to launch flights to Durban, the second point served by Air Seychelles in South Africa, offering 14,171 seats to and from Seychelles each year as well as quick connections over Seychelles to Düsseldorf and Mumbai.

“South Africa has strong trade, people and diplomatic ties to Seychelles that we can develop in the future with the establishment of a Durban service.”