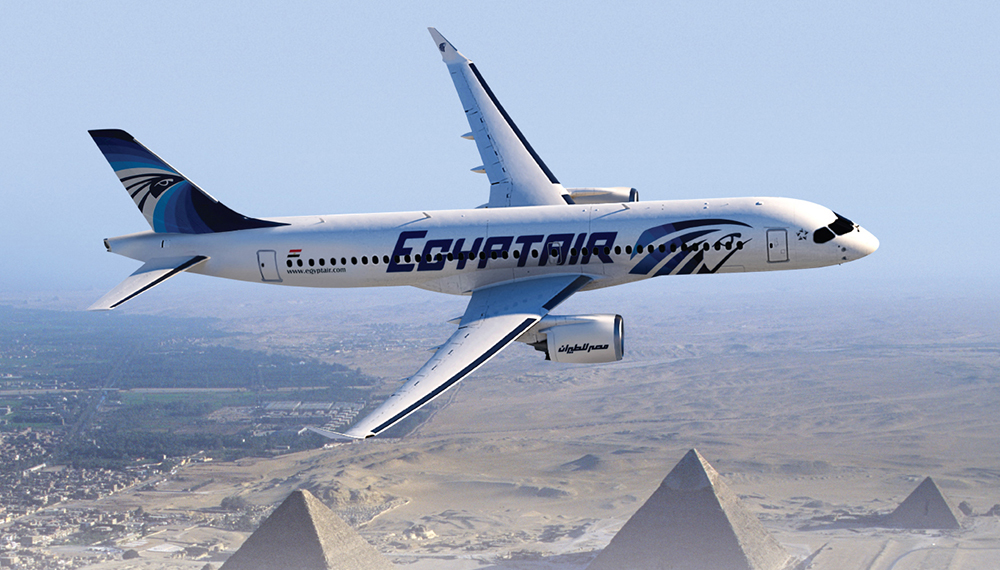 Bombardier Commercial Aircraft announced today that it has signed a letter of intent (LOI) for up to 24 CS300 aircraft with EgyptAir.

Bombardier Commercial Aircraft announced today that it has signed a letter of intent (LOI) for up to 24 CS300 aircraft with EgyptAir.

This includes 12 CS300 aircraft with purchase rights for an additional 12 aircraft.

‎Based on the list price of the CS300 airliner, a firm-order contract would be valued at approximately $1.1 billion US. Should EgyptAir also exercise the 12 purchase rights for CS300 aircraft, the contract value would increase to nearly $2.2 billion US.‎

In the presence of His Excellency Minister of Civil Aviation of Egypt Mr. Sherif Fathi, a press conference was held at the Dubai Airshow where Safwat Musallam, Chairman and CEO of EgyptAir Holding Company and Fred Cromer, President, Bombardier Commercial Aircraft celebrated the signature of the letter of intent, which opens a new chapter in the relationship between the two companies.

“It is our pleasure to have this new partnership with Bombardier, which came as a continuation of our fleet modernization strategy. We undertook a thorough evaluation process of our fleet and realized that the CS300 would fit perfectly into our business plans and growth strategy,” said Safwat Musallam.

“We selected the C Series aircraft because its excellent range will allow us to best serve domestic and regional destinations, including neighboring Arab cities, the Middle East as well as several European destinations. This is in addition to the CS300 aircraft’s exceptional economics and outstanding cabin. We look forward to expanding our network with the CS300 and we are happy to see that the partnership announced with Airbus will bring added support to the C Series program.”

“Bombardier’s 20-year market outlook foresees demand for 450 airplanes in the 60- to 150-seat category for the region and this LOI confirms the need for right-sized aircraft in the Middle East. We are confident that our small single-aisle C Series is ideally-suited to serve the hot temperature environments of the region and will undoubtedly provide performance and economics that will drive higher profitability.”