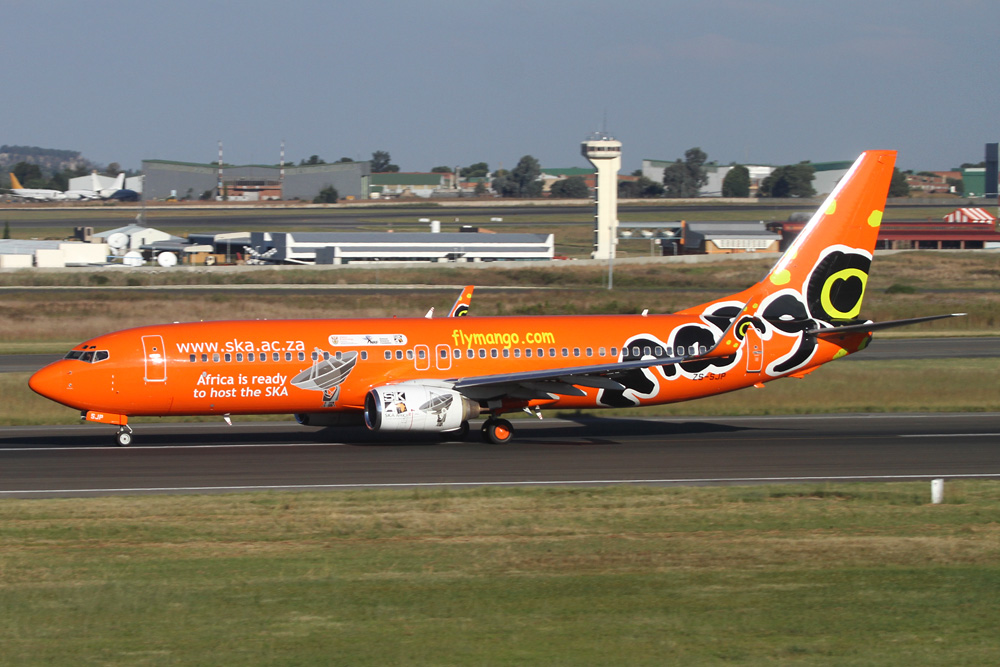 Low-cost carrier FlySafair has reiterated its offer to purchase Mango Airlines after the South African Airways-owned carrier posted a net loss of R36.9 million for the year ended March 2016.

“This was despite the Airports Company of South Africa (ACSA) noting a trend towards an increase in domestic passenger traffic, which FlySafair has seen across its route network”, FlySafair said in a statement.

Elmar Conradie, Chief Executive Officer of FlySafair, said the carrier would buy Mango Airlines from the government at the right price:

“Mango’s fleet and operating model is closer to FlySafair’s low-cost approach, and would be a more natural extension to FlySafair’s successful business model. Operating a larger fleet would afford us the opportunity to enjoy even larger economies of scale – and through this, sustain lower fares to the flying public.”

Mango’s loss comes even though it has been accused of allegedly engaging in predatory pricing as it sub-leases aircraft from its parent company, South African Airways, at discounted prices, allowing it to price flights at below operational costs. South African Airways is itself under serious financial pressure, after reporting a loss of R5.6 billion in two years and failing to secure another bailout from Treasury.

“FlySafair is well-positioned to meet the increasing demand in domestic travel that has been reported by ACSA,” says Kirby Gordon, Head of Sales and Distribution at FlySafair.

“As it stands, we are achieving a pleasingly low operating cost per seat, which is allowing us to contest the market at the current low fares. These results indicate that Mango, despite alleged subsidisation, is not managing the same sort of efficiency. We see potential to make a difference in this regard, which is why we would be happy to purchase the airline at the right price”

Gordon added that this “would also take some financial burden off the government.”

“The issue of subsidisation is also contentious as Mango is mandated to contest the market on a fair competitive basis – hence the DA’s request for an inquisition.”

Since FlySafair launched operations two years ago, average fares on routes operated by FlySafair are up to 39% cheaper than they were five years ago, with fares starting from as low as R499. The airline has fast grown to account for 27% of the weekly seat capacity among the country’s three low cost carriers and currently operates the largest domestic route network among the three.