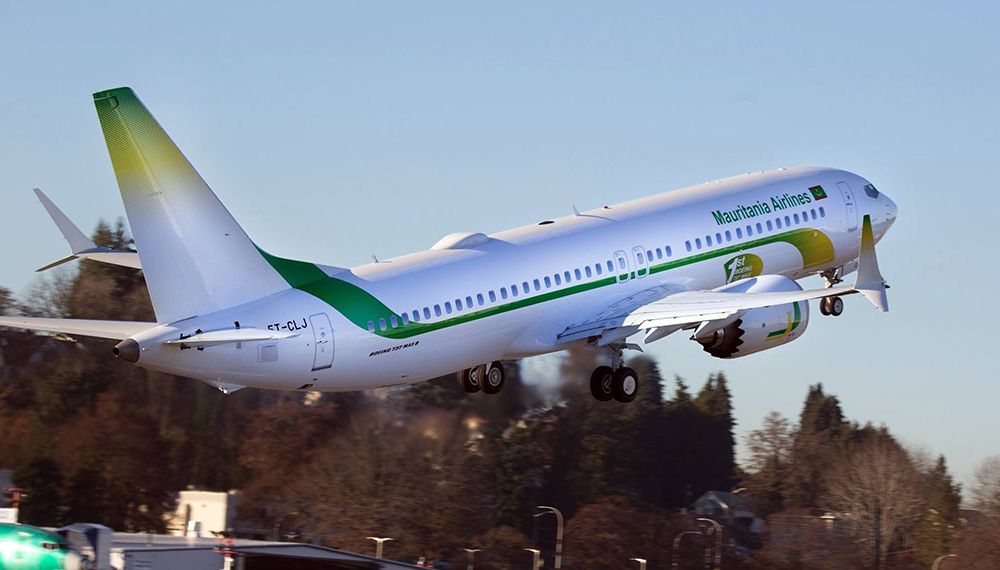 The contract has a value of USD 93.8 million, based on current list prices, and will be included in Embraer’s 2018 third-quarter backlog.

“Embraer is proud to welcome Mauritania Airlines to the growing family of E-Jets operators”, said Raul Villaron, Vice President, Sales, for Middle East & Africa, Embraer Commercial Aviation. “With the best economics in its category, the E175 is a success in many markets around the world and we are glad the aircraft will enter the African market with Mauritania Airlines.”

Mauritania Airlines will configure both aircraft with 76 seats in a comfortable dual class layout. Deliveries will take place in 2019.

“The acquisition of the E175 is part of our fleet modernization, replacing old aircraft and complementing our young narrow-body aircraft”, said Mr. Mohamed Radhy Bennahi, CEO of Mauritania Airlines. “We are certain that with E175 we’ll be able to offer an even better service to our customers, with greater comfort, adding more frequencies and new destinations.”

Founded in 2010, Mauritania Airlines serves more than 10 destinations across Africa and Europe from its base at Nouakchott-Oumtounsy International Airport in Mauritania’s capital city of Nouakchott.

The growing Mauritanian fleet will help to profitably grow our network as we seek to introduce new routes to Europe and the Middle East.