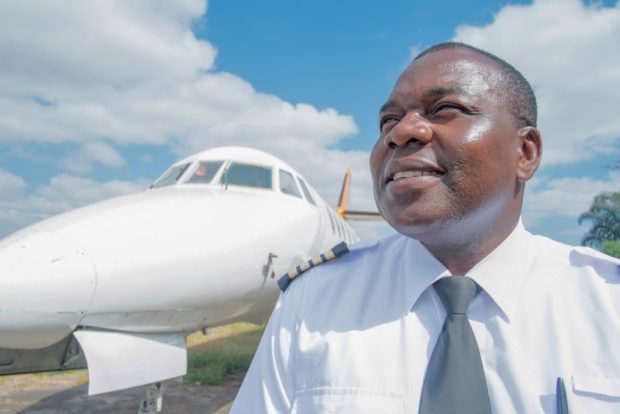 Josias Walubita has been promoted to Proflight Zambia Director of Flight Operations. His former role as Chief Pilot has been assumed by Cpt. Basil Sichali.

Proflight Zambia’s Captain Josias Walubita has been promoted to Director of Flight Operations.

His former role as Chief Pilot has been assumed by Captain Basil Sichali.

With 15 years’ of flying experience, Capt. Walubita now takes responsibility for the management of flight operations to ensure the airline is safe, the pilots and cabin crew are well trained, and that it conforms to aviation regulations.

From his previous job as Proflight’s Captain on the Bombardier CRJ-100 jet, Capt. Walubita was promoted to Chief Pilot in June 2018, a job he relished, while revealing that it’s a very demanding role.

“Thank you to Capt. Gerald Tembo for his contribution to the Flight Operations department over the past five years, where he held both the Chief Pilot and DFO positions,” added Mr. Irwin. “I am very happy that Capt. Tembo still remains with Proflight as a Senior Captain and will now focus on instructing and training of pilots.”

Capt. Walubita’s first task as DFO will be to work with Capt. Sichali to roll out the airline’s new automated Flight Operations System this year.

The new system will see Proflight’s rostering and scheduling move to full automation, which will improve efficiency throughout the department and contribute to the safety and financial strength of the airline.

The youngest of four, the Captain grew up in Lusaka. He says a good education is a necessary grounding for any pilot, and credits his secondary school, Chengelo in Mkushi, as “the place which built my character, making me the person I am today. It taught me to be confident, and to aspire for what I wanted to do in my life.”

After studying ‘A’ levels in South Africa, the ambitious young man took up training at the Zambia Air Services Training Institute (ZASTI), where he received his private pilot’s license, then went on to South Africa to gain his commercial pilot’s license.

At 21-years-old, he began flying with Zambian Airways. After four years with the now-disbanded airline, he flew for an airline in the United Arab Emirates; he also flew for Oil companies in West Africa before returning to Zambia and taking up a pilot’s role with Proflight.