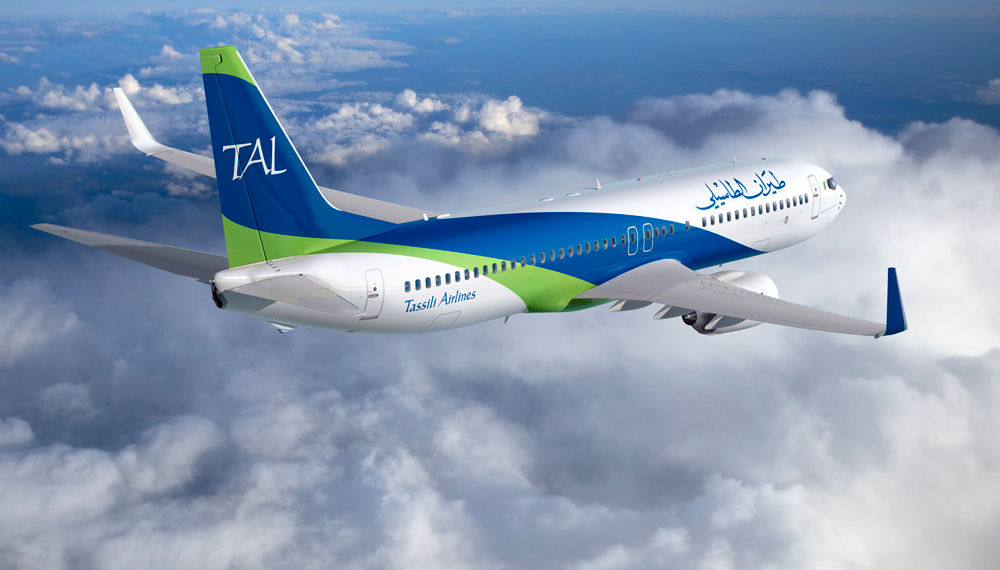 Boeing and Tassili Airlines today announced an order for three Next-Generation 737-800 airplanes, valued at over $294 million at list prices

Boeing and Tassili Airlines today announced an order for three Next-Generation 737-800 airplanes, valued at over $294 million at list prices, at the 2017 Paris Air Show.

The order was previously attributed to an unidentified customer on Boeing’s Orders & Deliveries website.

“The 737 has played a critical role in the development of Tassili Airlines. We have grown from an oil charter operation to become a scheduled passenger airline, connecting North Africa with mainland Europe,” said Mr. Belkacem Harchaoui, Chief Executive of Tassili Airlines. “This order signifies an important next step in the development of the airline as we look to the future, adding additional capacity on to existing and new routes across the Maghreb, into France and beyond.”

The 737-800 is one of the best-selling versions of the highly successful Next-Generation 737 family, the most technologically advanced single-aisle airplane family. Tassili Airlines’ new 737s will feature the Boeing Sky Interior, the 787 Dreamliner inspired cabin. On board, passengers will enjoy a greater sense of spaciousness with decorative sculpted sidewalls, larger window reveals, LED mood lighting and larger pivot overhead stowage bins.

“We are pleased that Tassili Airlines continues to show its commitment to the 737 following its first order with us for four 737-800s which delivered in 2011,” said Van Rex Gallard, vice president of Sales for Africa, Latin America and the Caribbean, Boeing Commercial Airplanes. “The 737’s unmatched performance and dispatch reliability are crucial for Tassili’s scheduled and charter operations, flying to and from a very challenging environment across North Africa.”