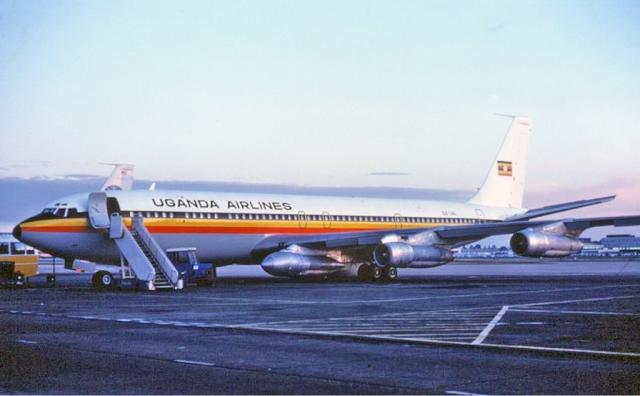 Uganda Airlines could take to the skies again following a change in the wind from the Uganda Government to revive the defunct national carrier.

President Yoweri Kaguta Museveni, in his first address to the recently sworn-in Cabinet on Thursday, called the lack of a national airline “a big shame,” criticizing the high fares between Entebbe and the regional African capitals. After the departure of Uganda Airlines, several private airlines took to the skies. But this was short-lived, with the last flyer being Air Uganda, whose departure saw the 45-minute flight from Entebbe to Nairobi rise to $1,000.

President Museveni has now directed the Ministry of Works and Transport to conclude discussions with investors to help Uganda start a national airline as a matter of urgency.

Excerpt from President Museveni’s speech to the new Cabinet:

“A ticket to Nairobi costs between US$ 1,100-1,200 (business class) and US$ 500-700 (economy class) depending on the time of booking, while a ticket to London costs between US$ 2,700-3,000 (business class) and US$1,000-1,300 (economy class). This is a big shame. I did not care much about a National Airline. I thought that our brothers in Ethiopia, Kenya, South Africa, etc., having airlines would serve all of us. That, however, is apparently not the case. Hence, the Ministry of Works and Transport is directed to conclude discussions with the investors that can help us to start a National Airline. A National Airline would help us to save US$420 million per year Ugandans spend on travel”.

“The National Airline will also create jobs and career opportunities for our children who train as pilots at Soroti Flying School. These children apparently suffer when they try to get jobs. Apart from joining the Uganda Air Force, opportunities for them are very limited. The airlines of our brothers and sisters that benefit from [the] Ugandan market should have remembered to treat our children as their own, because our purchasing power is supporting those airlines.”

Uganda Airlines was founded as a subsidiary of the government-owned Ugandan Development Corporation (UDC) in May 1976 as a replacement of the services previously operated by East African Airways. It commenced operations in 1977, when Uganda Aviation Services, set up by British United Airways in 1965 but then a UDC subsidiary, was absorbed by Uganda Airlines, taking over the Uganda Aviation Services route network. Following delivery of the first Boeing 707-320C in the late 1970s, new routes to Brussels, London and Rome were inaugurated. A second Boeing 707-320C entered the fleet in 1981. That year, new routes to Cairo, Cologne and Dubai were launched, followed by Dar es Salaam, Kilimanjaro and Nairobi in subsequent years.

By March 1990 the fleet included one Boeing 707-320C, two Fokker F27-600s, one Lockheed L-100-30, one Twin Otter and one Britten-Norman Trislander. A Boeing 737 was leased from Air Zimbabwe in 1994 to serve Bujumbura and Kigali, as well as destinations in South Africa. Tel Aviv was added to the route network in 1995, and by 1998 all European routes were discontinued.

In the late 1990s, the airline was in a delicate cash position owing to mismanagement, when the Government of Uganda planned to privatise the debt-ridden airline, seeking for an investor to keep the company afloat. Initially, several firms held interest in taking over Uganda Airlines. South African Airways, Air Mauritius, British Airways, Johannesburg-based Inter Air, Kenya Airways, and Sabena, all seemed to be interested bidders at the beginning, but eventually declined to submit bids, except for South African Airways that remained the only bidder by early 1999. South African Airways would have had a 49% participation in the company; nevertheless, it later dropped its bid after encountering strong legislature opposition. Having no offers, the Ugandan Government liquidated the airline in May 2001.