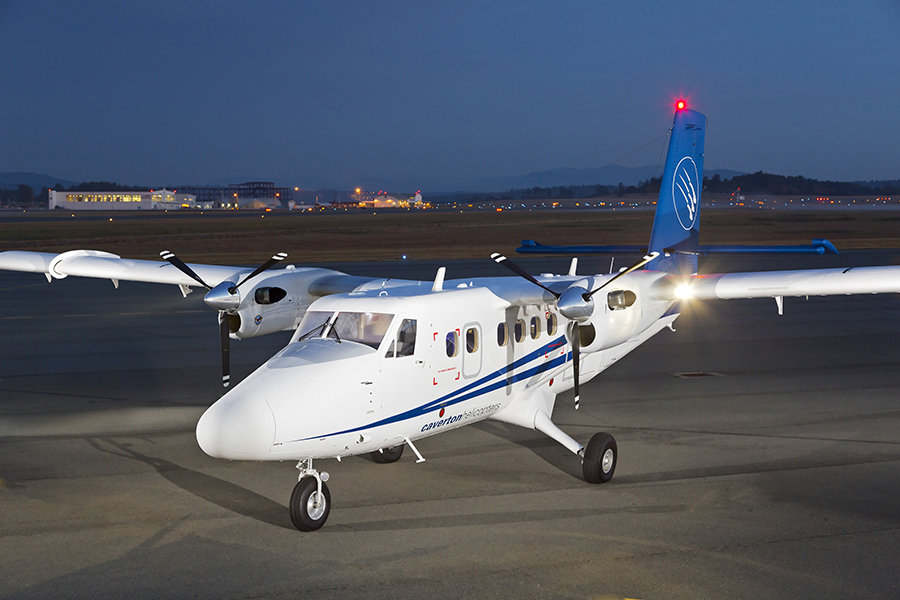 Viking Air and Caverton Helicopters, based in Lagos, Nigeria, have signed an agreement for the purchase of a second Series 400 Twin Otter aircraft to add to Caverton’s existing fleet currently operating in western Africa.

Caverton’s second Twin Otter Series 400 is scheduled for delivery in the first quarter of 2017, and will provide essential services in support of the company’s contract with the Cameroon Oil Transportation Company (COTCO), a specialized joint venture created between Exxon Mobil, Chevron, Petronas, and the governments of Chad and Cameroon.

Under the contract, Caverton Helicopters will utilize the Series 400 Twin Otter for onshore pipeline surveillance and passenger transfer services for COTCO along the 1,070-kilometer underground pipeline route between the Doba oil fields in Chad to the offshore export terminal in Cameroon.

“To have Caverton return to Viking to purchase a second Twin Otter Series 400 is a testament to the quality of the aircraft and suitability for use in the harsh operating conditions of western Africa,” said Peter Walker, Viking regional sales director, Africa, Middle East & Asia Pacific.

He added: “After seeing four years of successful service from their first Viking aircraft, Caverton’s confidence in the Series 400’s ability to reliably operate has afforded them the opportunity to participate in such an important contract.”

Caverton Helicopters Limited was established in September 2002 as a charter, shuttle and maintenance company aimed at bridging the gap in the onshore helicopter service sector.

Today, the company’s focus is to render logistics and environment support services to Nigerian Oil and Gas producers, with broader support services offered to energy operations along the West African shelf. Caverton operates out of a 10,000 square meter facility at the Murtala Muhammad International Airport in Lagos, along with several purpose-built facilities in Victoria Island, Port Harcourt, Warri and Cameroon.