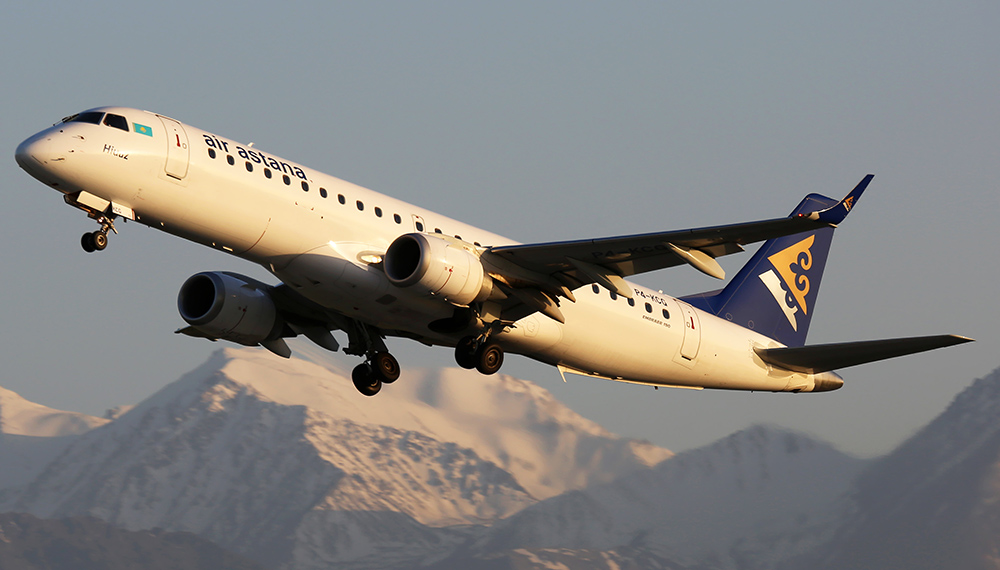 Air Astana will be increasing the frequency of services from both Almaty and Astana to Tashkent, the capital of Uzbekistan with effect from 1st April 2019.

The number of frequencies on the service between Almaty and Tashkent will be increased from seven to ten per week, including three new evening flights on Mondays, Thursdays and Saturdays. Service frequencies between Astana and Tashkent will be increased from four to six per week, including two new flights on Mondays and Thursdays.

Flights to Tashkent are operated by Airbus A320 and Embraer 190 aircraft with a flight time of  1 hour 35 minutes from Almaty and 2 hours from Astana.