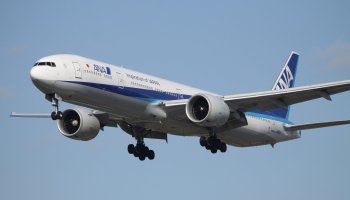 All Nippon Airways (ANA) will expand its international network by adding new services to Istanbul, Milan, Moscow, Shenzhen and Stockholm, from Tokyo Haneda International Airport, starting in summer schedule for 2020.

The addition of these routes will bring the total number of international cities served by ANA flights to 52 and will expand ANA’s presence at Haneda Airport.

“There is growing demand to visit Japan, and ANA will increase its international service just as Haneda Airport also expands to adapt for inbound Japanese tourism,” said Seiichi Takahashi, Senior Vice President of ANA. “These new routes will increase the ease and convenience for passengers flying to Japan from across the world, a significant benefit of our dual hub strategy.”

In addition to these new services from Haneda Airport, ANA will also be increasing the frequency of the Haneda to Los Angeles and Haneda to Sydney routes. The Delhi, Houston, Los Angeles, San Jose, Seattle and Washington D.C. routes will be relocated from Narita International Airport. These new slots for Haneda increase the number of international flights ANA will offer during local daytime hours.

Haneda Airport is one of two primary airports that serve the Greater Tokyo Area along with Narita Airport, acting as a gateway for international travelers who want to reach other parts of Japan.

Ideally located, Haneda Airport is key to building a comprehensive network of domestic connections, and ANA’s increased presence at the airport will aid inbound tourism and business travel beyond Tokyo itself.