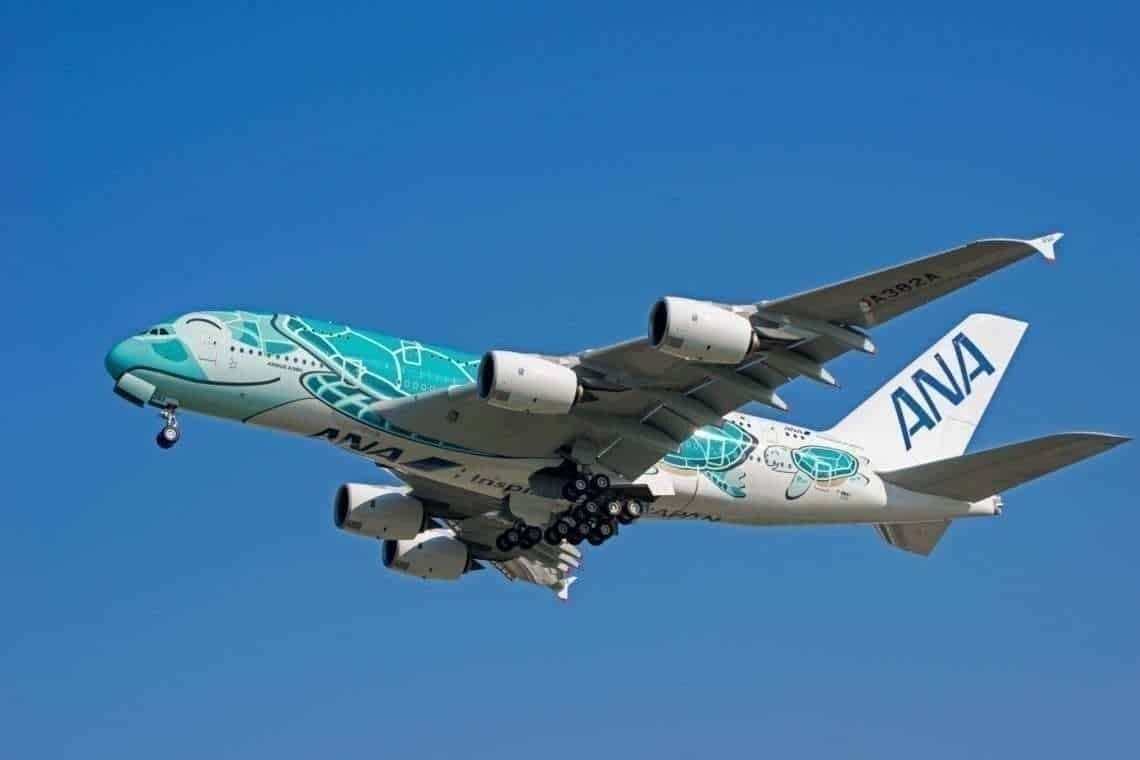 All Nippon Airways (ANA) received the second of three Airbus A380 FLYING HONU.

While offering the same high standard of performance, comfort and safety as ANA’s other A380 which the airline received in March, this second FLYING HONU plane also has a unique livery. Inspired by the crystal-clear water of the ocean surrounding Hawaii, the green livery depicts the face of a Hawaiian Honu (turtle) with a welcoming smile.

“We are excited to welcome the second A380 into our world–class fleet of aircraft,” said Yutaka Ito, Executive Vice President of ANA.

“With its visually distinct livery that evokes the folklore and traditions of Hawaii, and the outstanding features of the A380, the beautiful Emerald Green FLYING HONU lives up to the ANA standard of excellence. We are ready to welcome the plane to Narita Airport so that we can begin operations.”

While ANA had previously announced that its second FLYING HONU would first operate flights starting in July, the airline has taken delivery ahead of schedule. This accelerated timeframe means it will now be ready to begin operations in June.