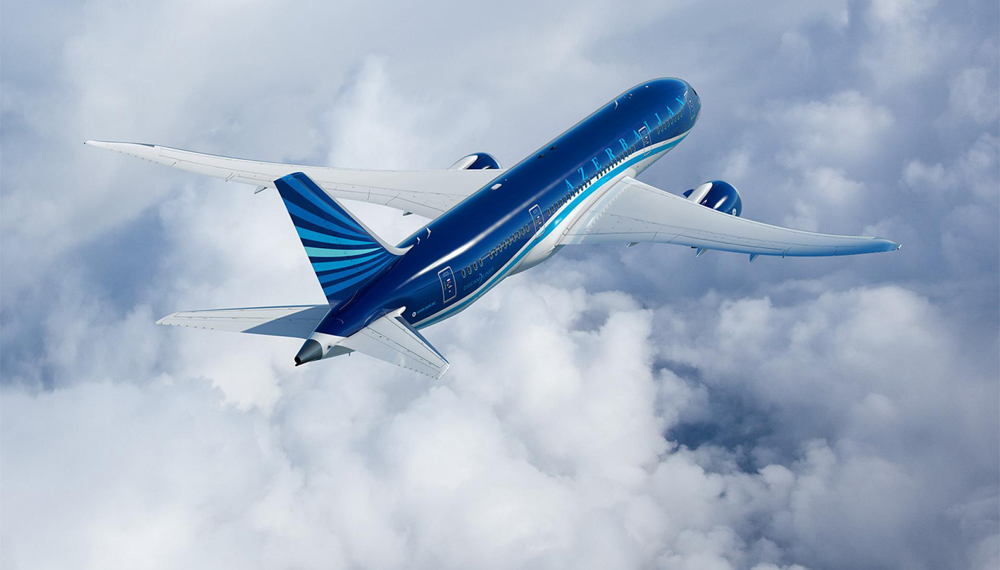 Boeing and Azerbaijan Airlines announced an order for five more 787-8 Dreamliners and a commitment to purchase two large freighters.

Boeing and Azerbaijan Airlines announced an order for five more 787-8 Dreamliners and a commitment to purchase two large freighters.

The agreement, announced at the 2017 Dubai Air Show, is valued at about $1.9 billion at current list prices.

The freighter commitment will be finalized at a later time.

Azerbaijan Airlines also announced it will be the launch customer for the 787 Landing Gear Exchange Program whereby Boeing Global Services will provide the carrier with a lower-cost solution for overhauled and certified landing gears for its Dreamliner fleet, which now grows to seven airplanes.

“We are delighted to expand our partnership with The Boeing Company, which has been a reliable partner in supplying modern airplanes, and helping us operate and maintain the jets.”

“The 787 Dreamliner will play a key role in Azerbaijan’s fleet modernization plan, help them open new routes, and contribute to their long-term success.”

“This program will keep the airline’s 787s flying while providing a cost-effective and reliable alternative to buying new landing gear and performing equipment overhaul.”

Azerbaijan Airlines is a major air carrier and industry leader in the Central Asia region, serving 40 destinations in 25 countries. The airline currently flies two 787 airplanes as well as a fleet of Boeing 757 and 767s.