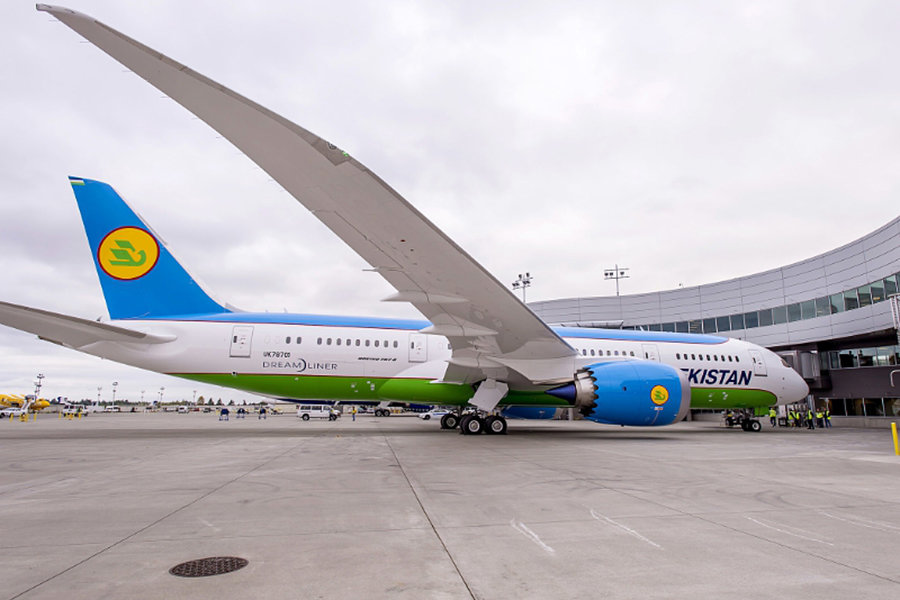 Boeing  and Uzbekistan Airways, the flag carrier of the Republic of Uzbekistan, today celebrated the delivery of the airline’s first Boeing 787-8 Dreamliner.

“The delivery of our first Dreamliner marks a new and exciting chapter in our long-standing relationship with Boeing that began back in 1996,” said Valeriy Tyan, Director General, Uzbekistan Airways. “We are delighted that as early as in September, passengers of Uzbekistan Airways will be offered a new flight experience and an unmatched level of comfort onboard our Boeing 787 Dreamliner.”

“This delivery to Uzbekistan Airways is a remarkable moment in our partnership that has a great value for Boeing,” said Marty Bentrott, vice president of Sales, Middle East, Russia and Central Asia, Boeing Commercial Airplanes. “Today, we are proud not only to have Uzbekistan join our growing base of 787 customers in the region, but also at the airline’s continued confidence in Boeing’s technology and airplanes over the years.”

Uzbekistan Airways’ fleet consists of 34 aircraft, including nine Boeing 767 and six Boeing 757 airplanes. From its hub at Tashkent International Airport, the airline flies to more than 40 cities around the world.

This first 787 delivery flight to Tashkent will also bring humanitarian aid to patients in hospitals, mother-child clinics, rehabilitation centers and orphanages. As part of its charitable activity in Uzbekistan, Boeing and Uzbekistan Airlines have partnered with AmeriCares, which supports a broad range of health care institutions throughout the country. The flight is one of the many humanitarian shipments that Boeing and Uzbekistan Airways have undertaken together. 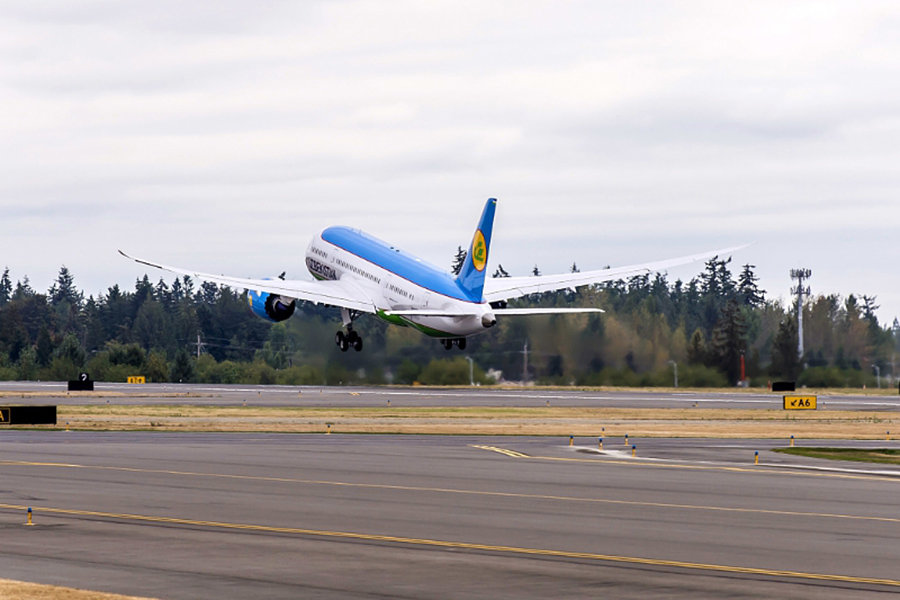 The Boeing 787 Dreamliner is an all-new, super-efficient family of commercial airplanes that brings big-jet ranges and speed to the middle of the market. In response to airlines’ overwhelming preference, Boeing designed the 787 family with superior efficiency, which allows airlines to profitably open new routes to fly people directly where they’d like to go in exceptional comfort.

Since entering service in 2011, the 787 family is flying more than 350 routes and has established more than 75 new nonstop routes around the world. To date 66 customers worldwide have placed orders for 1,161 airplanes, making the 787 Dreamliner the fastest selling twin-aisle airplane in Boeing history.