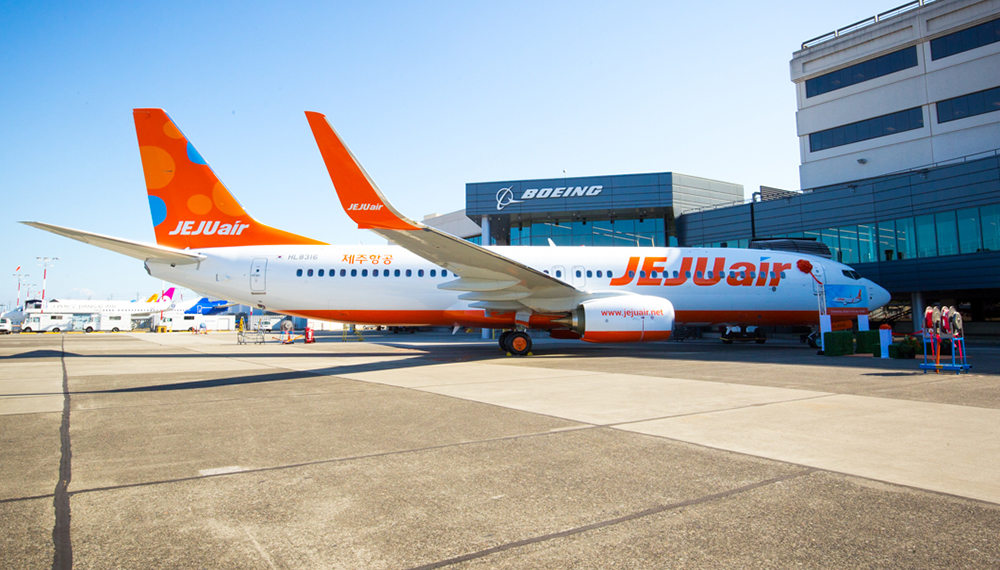 Boeing and Jeju Air celebrated the delivery of the airline’s first direct-buy Next-Generation 737-800 airplane today during a ceremony at the Seattle Delivery Center.

With this delivery Jeju Air will become the first low-cost carrier (LCC) in Korea to own and operate a Next-Generation 737-800.

“This milestone delivery marks the beginning of a new era for Jeju Air as we continue to revolutionize Korea’s dynamic commercial aviation industry,” said Seok-Joo Lee, President and CEO of Jeju Air. “Owning and operating our own airplanes will further differentiate Jeju Air and our local competitors. We are fully prepared to introduce this new airplane into our expanding fleet and they will play an integral role in our growth strategy.”

“We are proud to deliver the first directly purchased Next-Generation 737-800 to Jeju Air,” said Rick Anderson, vice president of Northeast Asia Sales, Boeing Commercial Airplanes. “This milestone represents the strong partnership that we share with Jeju, whom we have shared an intimate partnership with since their inception more than 10 years ago. I look forward to further strengthening our partnership with Jeju Air.”

Jeju Air currently serves 40 domestic and international routes with approximately 150 daily flights. The carrier is also a founding member of the Value Alliance, the first pan-regional low-cost carrier alliance formed in 2016 comprising of eight airlines based in Asia.