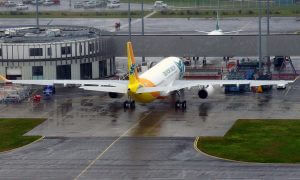 CEB will add a daily flight from Manila to the popular vacation spot of Bohol (Tagbilaran), for a total of 28 weekly flights beginning April 1, 2016.

The airline will also strengthen its Cebu hub with a total of 51 weekly flights between Cebu and Davao, gateway to the Philippines’ southern islands, beginning May 1, 2016.

Throughout the summer season, the airline will also increase frequencies from Cebu to the following domestic destinations: Bacolod (up to 17 weekly), General Santos City (up to 10 weekly), Kalibo (up to 17 weekly), Puerto Princesa (up to 22 weekly), and Zamboanga (up to 12 weekly).

Those flying between Cebu and Iloilo can choose among 16 weekly flights, with some flights upgraded from ATR to Airbus A320 aircraft to increase the number of available seats.

CEB’s Iloilo and Davao hubs will then operate three weekly flights each to Singapore.