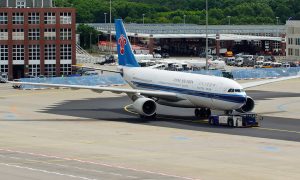 China Southern Airliners announced that it will launch a new chartered flight service from Guangzhou to Malacca on 28 September 2016.

“The new service will help meet demand for both business and leisure traveler between China and Malaysia. China Southern is committed to playing its due role in Sino-Malaysia exchanges and cooperation by taking advantage of its extensive domestic network, optimizing flight connections. We are confident in boosting our Guangzhou hub to become one of the best transit points for passengers from Malacca to the other destinations of the world.”

China Southern Airlines is directly affiliated with China Southern Air Holding Company, specializing in air transportation services. It operates the largest fleet, most developed route network and largest passenger capacity of any airline in The People’s Republic of China.