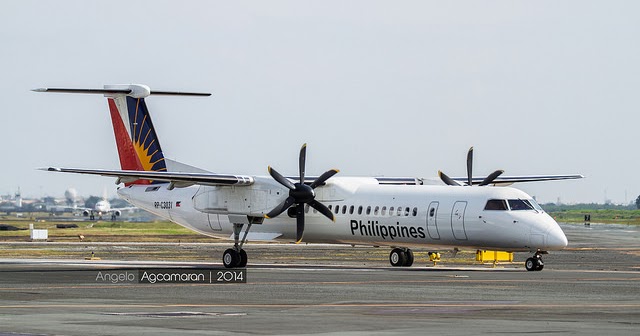 Philippine Airlines continues to expand its network of flights from Clark International Airport, Pampanga, with the opening of three new routes.

All three routes to be operated with Philippine Airlines’ brand-new 86-seater Bombardier Next-Generation Q400 turboprop aircraft which is fitted with six Economy Plus premium seats and 80 Economy Class seats.

The Philippine Airlines  flights to San Vicente will commence with five weekly flights (Monday, Wednesday, Friday, Saturday, Sunday), and will increase to daily flights by December 18, 2018. Flights depart Clark at 7:00, arriving in San Vicente one hour and forty minutes later.

Meanwhile, San Jose in Occidental Mindoro will have four weekly flights on Monday, Wednesday, Friday and Sunday, leaving Clark at 11:00 am. The return flight departs San Jose at 12:05 noon.

Starting Oct. 30, 2018, three times weekly flights (Tuesday, Thursday and Saturday) to Cauayan in the center of Isabela are intended to help hasten economic growth in the country’s second biggest province. The Q400NG will leave Clark 11:00 am, arriving Cauayan 45 minutes later.

Philippine Airlines used to fly the Manila-San Jose and Manila-Cauayan routes several decades back as two of the so-called missionary routes operated out of Manila. The decision to make Clark the origin for new routes to Mindoro and Isabela is a reflection of the flag carrier’s confidence in the emerging popularity of Central Luzon as an economic center and strategically important aviation gateway in its own right.

“Philippine Airlines made a big decision to invest in Clark. The Clark International Airport is not just a stop-over or refueling station. Clark is our fastest growing hub airport, center of a network of flights that connects the country,” said Philippine Airlines Express President Bonifacio U. Sam.

“I would like to thank the people of Pampanga, Tarlac and the surrounding provinces for supporting our flights here. Our operations would not have grown to this magnitude if not for your support,” Mr. Sam added.

Clark has overtaken Cebu in number of domestic points linked: 15 domestic destinations from Cebu, 18 from Clark.

Philippine Airlines started developing the Clark hub in December 2016 with a flight to Caticlan. The first international flight from Clark was to Incheon, South Korea, in January 2017.