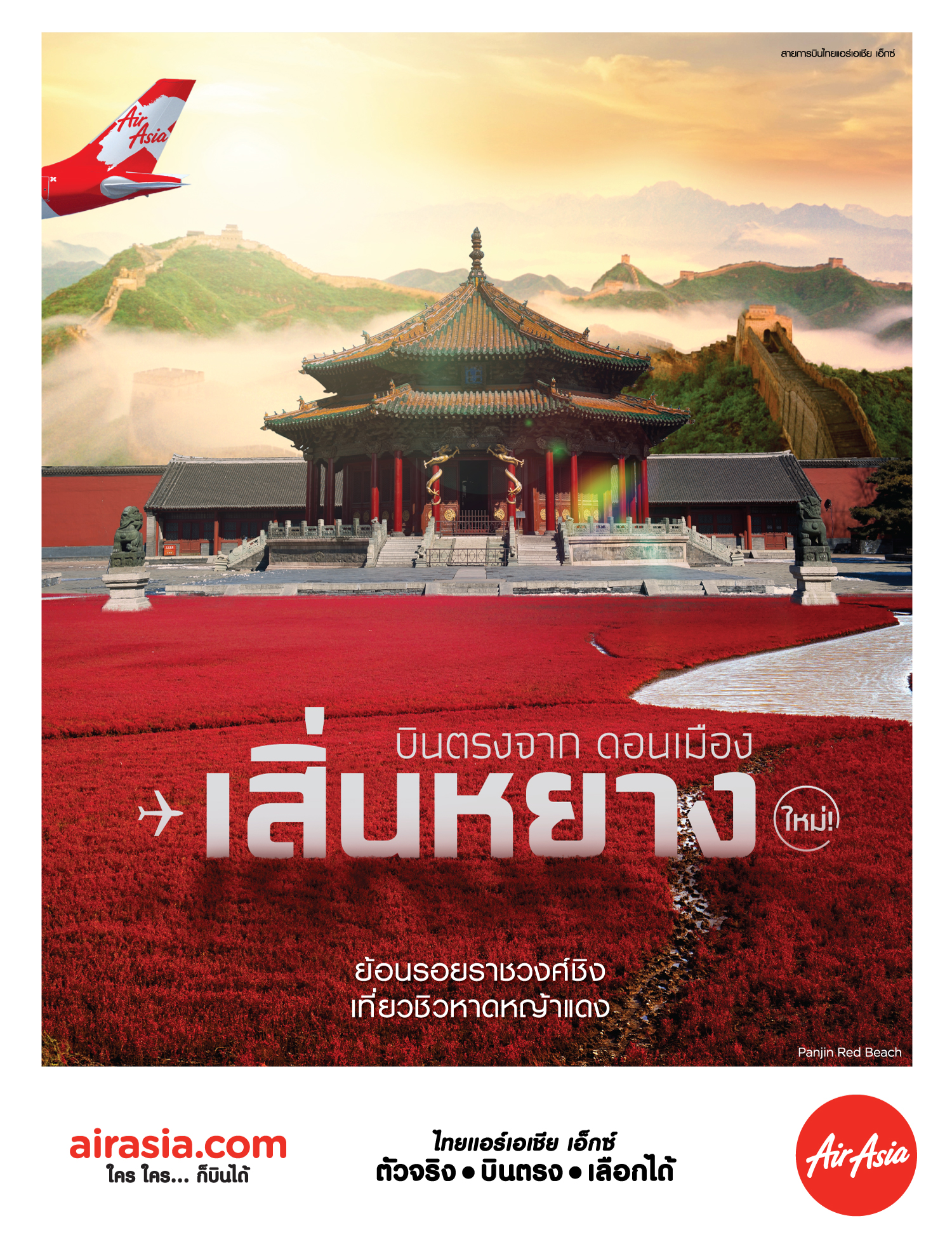 Nadda Buranasiri, CEO of AirAsia X Group and Thai AirAsia X, said Thai AirAsia X is ready to build an ever-expanding network of destinations in China as it is a high potential market, inviting travelers to experience the country in a new perspective.

The additional route is also to draw Chinese travelers to Thailand with Bangkok to Shenyang becoming the airline’s third route to China after Shanghai and Tianjin.

Thai AirAsia X flights to China have a Load Factor average of 90 percent and have steadily grown due to the airline’s continual additions and AirAsia’s extensive network throughout the country.

“Today, Thai AirAsia X adds another route to China, allowing passengers to fly further to the city of Shenyang in China’s northwest. The route marks Thai AirAsia X’s first foray into this region of China and it should help us draw more Chinese travellers to Thailand, which is already a popular destination. We believe the flight will also help strengthen ties between the two countries,” Mr. Nadda said.

As a former capital of China, Shenyang provides visitors with a wonderful opportunity to dive deep into the history of the Qing Dynasty at locations such as Mukden Palace while also hosting natural attractions such as the Red Beach of Panjin, just a short train ride away. The city’s walking street offers diverse shopping as well as delicious cuisine.

Flights are served by the airline’s fleet of 10 Airbus A330-300 aircraft with new Airbus A330neo aircraft to be added later this year as the carrier expands its network of destinations.