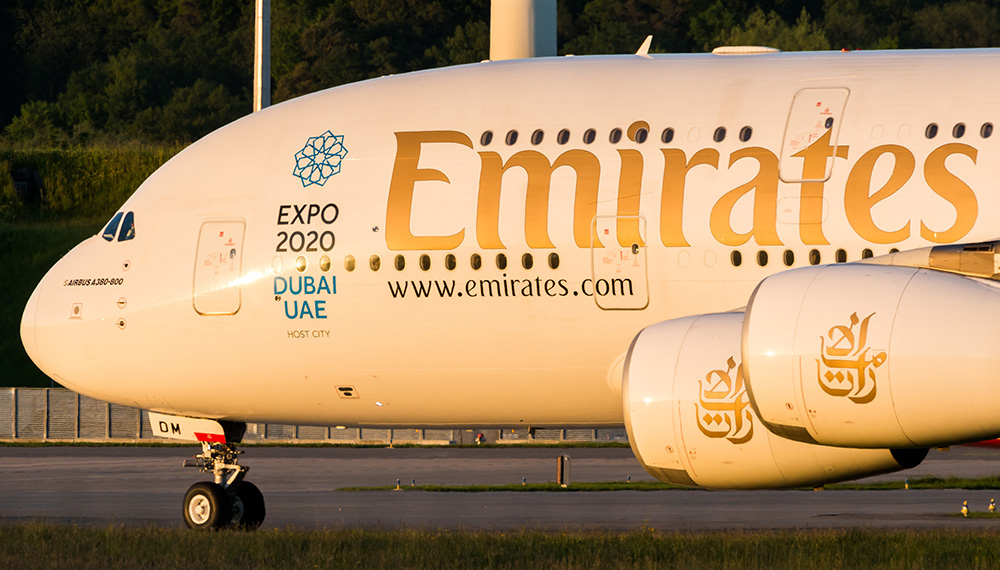 Emirates will operate its A380 between Dubai and St. Petersburg, temporarily replacing the Boeing 777 aircraft currently operating on the route.

In response to increased demand for travel during the autumn school holidays, Emirates announced it will operate its A380 between Dubai and St. Petersburg, temporarily replacing the Boeing 777 aircraft currently operating on the route.

During the period of 25 to 29 October 2018, in advance of the school holidays in Russia, flights EK 175/176 between Dubai and St. Petersburg’s Pulkovo International Airport will be operated by the flagship Emirates A380, offering 14 Private Suites in First Class, 76 fully flat-bed seats in Business Class and 429 seats in Economy Class. Flight EK175 will depart Dubai at 15:45 and arrive in St. Petersburg at 20:50, while the return flight, EK176 will leave St. Petersburg at 23:55 and arrive in Dubai at 06:55 the following morning.

This will be the first time an A380 has operated to St. Petersburg, demonstrating the extensive work and preparation the airport has undertaken in order to receive the double-decker aircraft.

During this period, passengers departing from St. Petersburg will have the opportunity to experience the A380 on onward legs of their journey to a wide range of tourist and business destinations on the Emirates network including Mauritius, Bangkok, Singapore, Hong Kong, Sydney, Melbourne, and others, via a seamless connection in Dubai.

Through its partnership with flydubai, Emirates also provides customers in St. Petersburg with convenient, seamless access to a range of destinations beyond Dubai, including Zanzibar and Kathmandu.

Emirates remains committed to the Russian market, operating to both Moscow and St. Petersburg. The airline has recently announced plans to launch a third daily flight to Moscow Domodedovo airport starting from 25 October 2018, in response to increased customer demand for travel between Russia and the UAE.