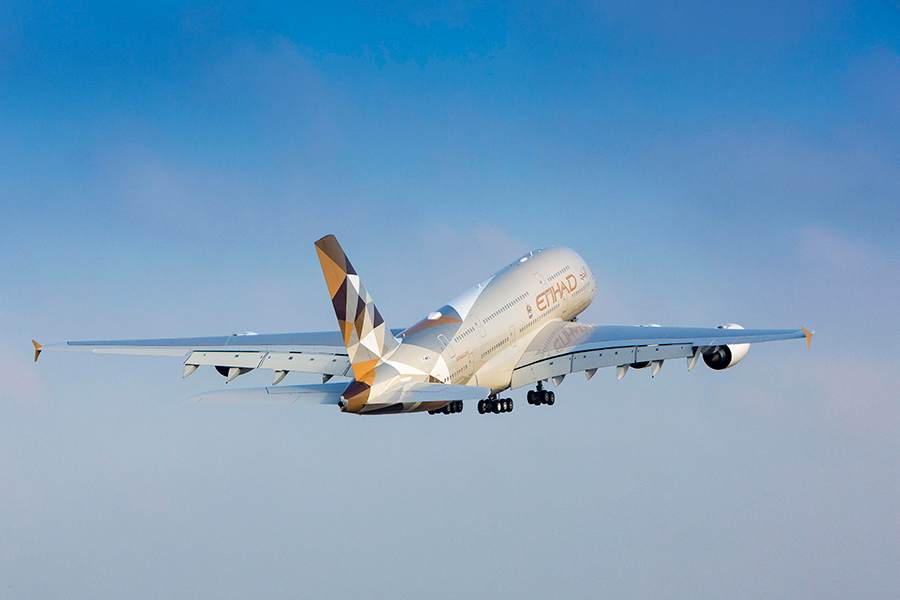 Beginning on June 1, 2017, the airline will upgrade its second flight between Abu Dhabi and New York JFK to its award-winning A380 aircraft which features The Residence, the only three-room suite available in commercial airline operation, and its award-winning First Apartment cabins.

The new service will join the airline’s existing daily A380 service, replacing the current daily Boeing 777-300ER aircraft. Etihad Airways first began welcoming guests on board its first A380 flight between New York JFK and Abu Dhabi in November 2015.

“The response we have received from Etihad Airways guests traveling between Abu Dhabi and New York since we launched the service nearly a decade ago has been phenomenal, and we are delighted to further expand our world-class product for all guests traveling to and from New York,” said Peter Baumgartner, Etihad Airways’ Chief Executive Officer.

Mr Baumgartner continued: “Our commitment to our guests has always been to be the very best airline in the world by totally reimagining the travel experience and delivering the highest levels of comfort, luxury and world-class hospitality at every point in their travel journey – on the ground and in the air – across all classes of service.”

Etihad Airways first introduced daily, nonstop, round-trip flights into New York JFK on October 26, 2006, and this fall, the airline will celebrate 10 years of service between Abu Dhabi and the New York.

In December 2015, the airline opened a new premium lounge at New York JFK, marking a significant investment in further improving the ground experience for the airline’s guests. Conveniently located close to the gate area after the security checkpoint in JFK’s International Terminal 4, the new lounge offers guests a unique travel environment reflecting twenty-first century Abu Dhabi modernism and embodies the highest levels of luxury and comfort for discerning travelers.