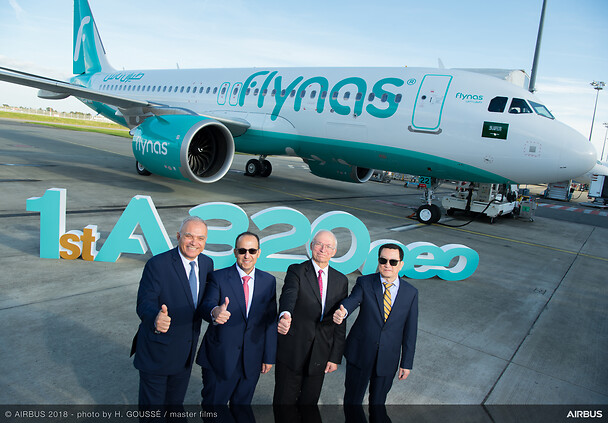 This follows an agreement signed in January 2017, with deliveries scheduled to take place from 2018 to 2026.

Flynas is the first operator in Saudi Arabia to acquire the A320neo and currently operates a fleet of 30 A320ceos. The A320neo, powered by CFM LEAP-1A engines, will support Flynas’ expansion plans while providing greater operational efficiency and passenger comfort.

Saudi Arabia is the largest domestic aviation market in the Middle East. Since its inception in 2007, Flynas has set ambitious growth plans that continuously develop its fleet in order to carry more passengers. In 2017, the airline carried more than 6.4 million passengers and over 3 million passengers during the first half of 2018.

The A320neo Family is the world’s best-selling single-aisle aircraft with over 6,200 orders from more than 100 customers since its launch in 2010.