On race day, at the 2018 Formula 1 Bahrain Grand Prix, Gulf Air, the Kingdom of Bahrain’s national carrier, and title sponsor of the Bahrain Grand Prix had a standout, globally broadcast, moment as the airline’s first Boeing 787-9 Dreamliner conducted a fly pass before the race showcasing not only the airline’s newest, state-of-the-art aircraft but also the new Gulf Air livery.

The new and highly anticipated fleet entry will be delivered on 27th April and will ultimately serve Gulf Air’s double daily London Heathrow service, offering increased capacity and enhanced, superior onboard products and services, from 15th June 2018. A total of 5 Boeing 787-9 Dreamliner aircraft will have entered Gulf Air’s fleet by end-2018 with an additional 2 aircraft arriving by end-2019 and 3 arriving by end-2020. Gulf Air’s Boeing 787-9 Dreamliner orders will ensure it maintains one of the youngest fleets in the region while building upon its award-winning reliability, on-time performance and product and service standards.

Gulf Air Chief Executive Officer Mr. Krešimir Kučko commented; “As the proud title sponsor of the Bahrain Grand Prix since it first made history in 2004, it is fitting that we use this platform today to reveal our new Gulf Air livery and our new brand. Public reaction to witnessing the return of the Gulf Air fly pass at the Bahrain Grand Prix and to getting an early glimpse of one of our newest incoming aircraft has been overwhelmingly positive. We are only weeks away from officially taking delivery of Gulf Air’s first Boeing 787-9 Dreamliner – a historic moment for Gulf Air and Bahrain and yet another important step in our strategic direction towards furthering Gulf Air’s fleet modernization process and supporting our network and overall passenger experience enhancement strategies. Only a few weeks ago, we unveiled a new Gulf Air corporate strategy, 2018 network expansion plans to 8 new routes, details surrounding our incoming fleet, new, best in class products and services, our new overall direction and where we hope the future will take us all. It is time for a change and we are embracing change today.”

This summer, Gulf Air will begin launching flights to its newest destinations which include flights to Bangalore from 1st May to Alexandria, Egypt from 10th June, Casablanca in Morocco from 11th June, Baku in Azerbaijan from 12th June, Abha and Tabuk in the Kingdom of Saudi Arabia from 15th June, Calicut, India from 15th June and Sharm El Sheikh, Egypt from 16th June. 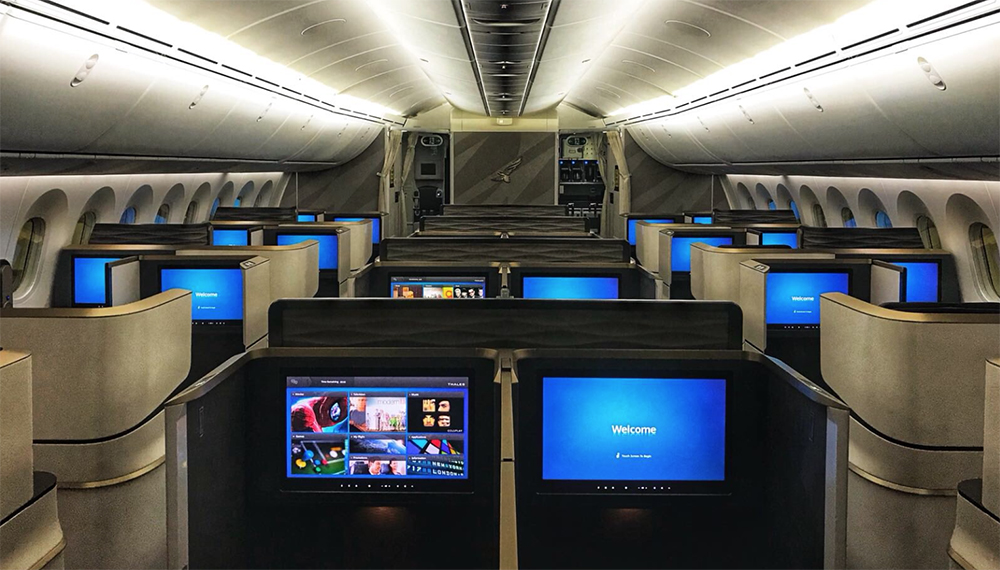 Passengers will enjoy many improvements with the 787 family such as the largest windows of any jet, air that is cleaner, more humid and at a higher pressure for greater comfort, large overhead bins with room for everyone’s bag, soothing LED lighting and technology that senses and counters turbulence for a smoother ride.

“We are very proud to see Gulf Air’s first Boeing 787-9 Dreamliner do a fly past as the opener to the F1 event in Bahrain,” said Marty Bentrott, Vice President, Boeing Commercial Airplanes Sales for the Middle East, Turkey, Russia, Central Asia and Africa. “The number of airlines operating this super-efficient airplane is increasing across the world and we look forward to the Dreamliner joining Gulf Air’s fleet.”

In 2018 Gulf Air’s network will serve 49 cities in 26 countries. Gulf Air’s incoming fleet of 39 new Boeing and Airbus aircraft will see by end-2018 the arrival of 5 Boeing 787-9 Dreamliners and 2 Airbus A320neo aircraft. Gulf Air is committed to being an industry leader, continually enhancing its services and tailoring a product offering that best fits its passengers’ needs. The airline is famous for its traditional Arabian hospitality, evidenced by its signature family and business-friendly products. Today, Gulf Air operates double daily flights or more to select destinations across the GCC, MENA region, Indian Subcontinent and Europe while its network spans the GCC, MENA region, Indian Subcontinent, Europe and the Far East.