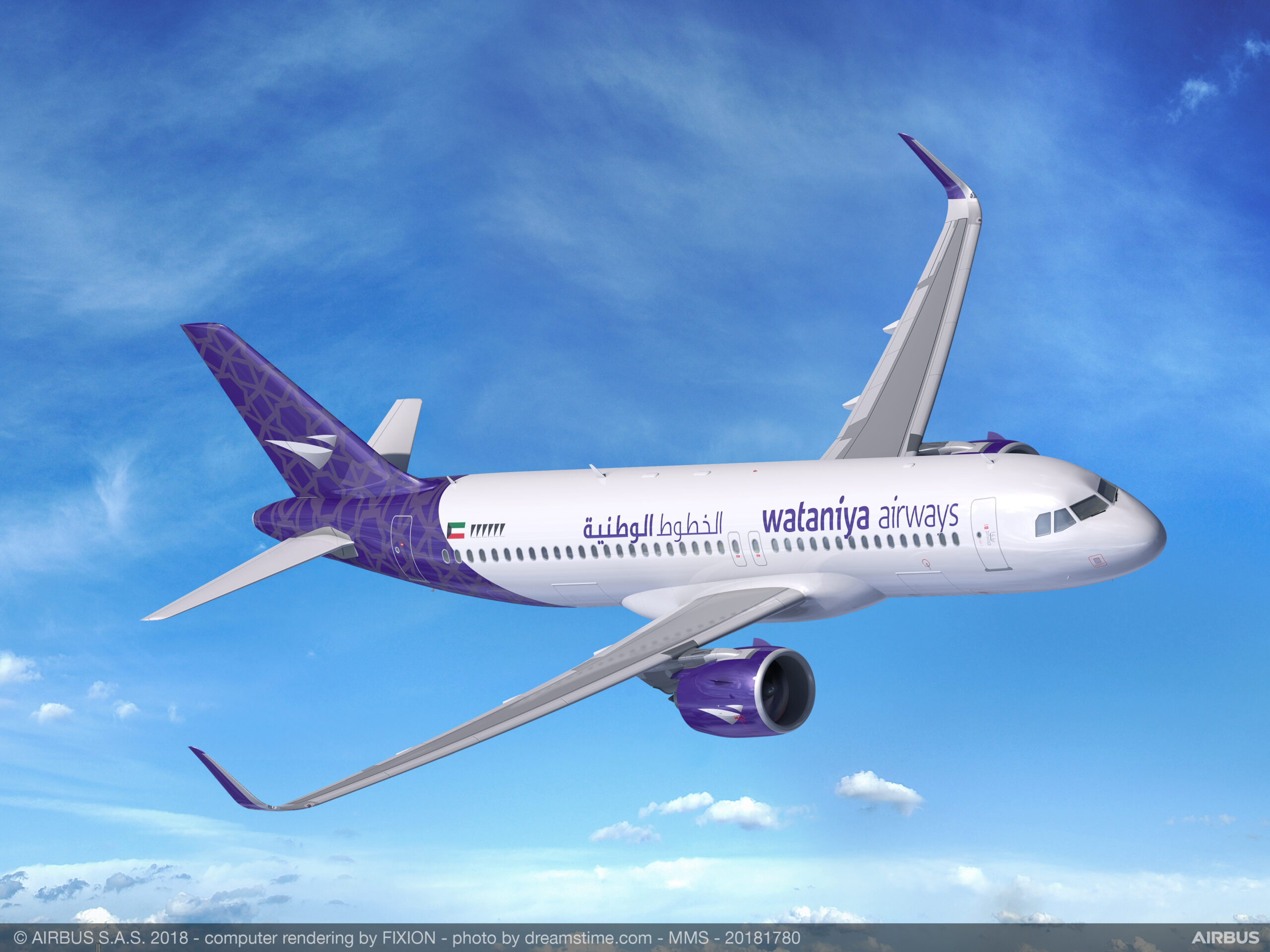 Wataniya Airways resumed operations in July 2017 and currently operates a fleet of four A320 family aircraft serving destinations in the Middle East, Europe, Africa and Asia from its home base in Kuwait.

The A320neo family aircraft will support the airline’s vision to become the fastest growing and leading airline in the country.