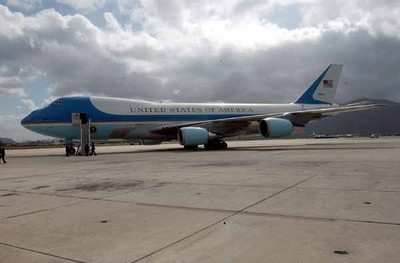 The U.S. Air Force has exercised its option to continue its pilot and flight engineer training contract for Air Force One with Atlas Air.

Atlas Air announced that the United States Air Force has exercised its option to continue its pilot and flight engineer training contract for Air Force One with Atlas Air.

Atlas Air has held the contract since October 2007.

Under the extension, crews for the Air Force’s VC-25, a modified version of the Boeing 747-200, will receive ground and flight-simulator training at Atlas Air’s world-class training center in Miami, Florida. “Air Force One,” the designated call sign of the aircraft when the President is on board, consists of two specially configured Boeing 747-200B aircraft.

“We are honored to provide this vital training to the pilots and crews of Air Force One and the Presidential Airlift Group. Their exacting demands for safety, professionalism, efficiency and security make this contract extremely meaningful, and is a testament to the training provided by our highly experienced instructors,” said John Dietrich, President and Chief Executive Officer, Atlas Air Worldwide. “This contract extension is the result of our team’s unwavering commitment to safe and efficient operations.”