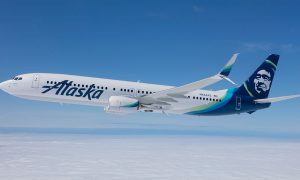 For the past seven years, employees have received an average annual bonus equal to approximately one month’s pay.

The company’s annual bonus, called Performance Based Pay (PBP), is determined by meeting or exceeding specific company-wide goals for safety, customer satisfaction, cost control and profit. The PBP bonus is in addition to the approximately $1,100 in 2015 operational bonuses that most employees earned for achieving monthly on-time and customer satisfaction goals. The combined monthly and annual 2015 bonuses, paid to employees, totals $120 million.

“Our hardworking employees go beyond every day to deliver an outstanding on-time and hassle-free experience for our customers,” said Tammy Young, vice president of human resources. “We’re thrilled to make the same commitment to them with a prompt delivery of their well-earned annual bonus.”

Alaska Airlines, a subsidiary of Alaska Air Group, together with its partner regional airlines, serves more than 100 cities through an expansive network in the United States, Canada, Mexico and Costa Rica.