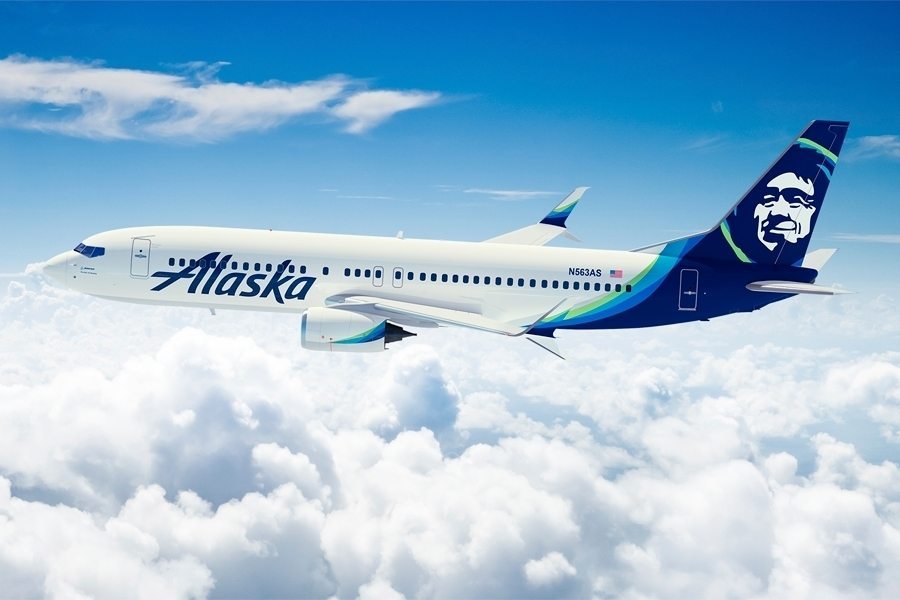 Alaska Airlines today unveiled its first major brand change in 25 years to a crowd of about 1,800 employees.

The refreshed brand was introduced on a newly painted Boeing 737-800 and soon will be featured throughout the airport experience, on all digital channels, in marketing materials and across Alaska’s entire fleet.

“Our company has a unique personality and a vibrant spirit that our Eskimo has personified for almost half a century,” said Alaska Airlines CEO Brad Tilden. “We believe our refreshed look reflects the warm relationships our employees have built with our customers, and makes us stand out in a compelling and consistent way as we expand into new markets, build loyalty and attract new customers.”

“Our refreshed brand really is an evolution, not a revolution, of Alaska Airlines,” said Sangita Woerner, the airline’s vice president of marketing. “Our goal was to reflect the soul of our company, which is known for its genuine, caring service and top-notch performance. It’s now time to show up to our customers in a bigger, brighter way.”

The most visible changes to the brand are the wordmark, the Eskimo icon and a bold, energetic new color palette.

“Performance is in our DNA and it’s why we’ve been named the most on-time airline in North America for six consecutive years, have a 5-star mobile app, a 20-minute bag guarantee, and why we have received J.D. Powers’ highest rating for customer satisfaction for traditional carriers eight years in a row,” said Woerner. “While our Eskimo is meant to represent our warm, genuine service, our evolved wordmark represents our high performance culture with its italicized motion and bold and precise lettering.”

The iconic Eskimo prominently featured on the tail of the plane has been Alaska’s brand beacon since 1972, welcoming customers and guiding employees with a warm, friendly face. His profile has been modernized and new vibrant colors added around his parka trim, which include Tropical Green and Breeze Blue, reminiscent of the tropical regions Alaska serves including Hawaii and Costa Rica. Atlas Blue, which is a cue to Alaska’s 14 global airline partners, is also featured throughout the design.

“Our goal in modernizing our Eskimo was to optimize his facial expression so it was clear to our newer customers that he represents warmth and kindness,” said Woerner. “It was critically important that we approached his redesign with sensitivity, which is why we sought and received the input of Alaska native leaders from the Arctic region and across Alaska.”

To bring the refreshed brand to life, Alaska collaborated with Seattle-based Hornall Anderson, a global branding and design firm. A dedicated team specializing in strategy and design spent 12 months in partnership with Alaska to develop and apply the brand expression to all customer touchpoints.

In the next month Alaska will take delivery of four Boeing 737s with the new paint theme and by the end of the year will have 40 planes in the new livery. All 111 airports Alaska and its regional partners serve will be rebranded, a project that is expected to be completed around the end of the year.