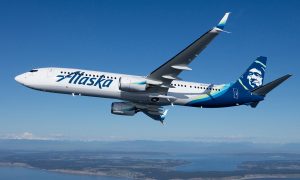 To celebrate Alaska’s new service, the airline is giving one lucky customer the opportunity to win a trip to New York City.  Starting at 8 a.m. (PST), Alaska will launch “A Weekend in New York” sweepstakes on the airline’s Facebook page – open to customers 18 years of age or older, residing in Alaska, Washington, Oregon or Idaho.

“Alaska does a tremendous job getting Northwest travelers to where they need to go, whether for business or personal travel,” said Seattle Mayor Ed Murray. “Adding direct flights to JFK is another example of them helping Seattle flyers connect conveniently not just to New York City, but destinations around the globe.”

Customers will fly on a Next Generation 737 aircraft, which are 80 percent of Alaska’s modern all-Boeing fleet.