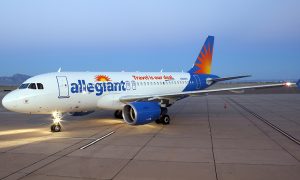 “We’re excited to announce this expansion of our network including the addition of two new cities to our route map,” said Jude Bricker, Allegiant Travel Company senior vice president of planning. “Nonstop flights to Florida from Dayton and Flint are in high demand, and we’re pleased to announce our entry into these markets to fill that demand. These nine new routes will offer millions of travelers brand-new options to escape to a warm destination this winter and spring.”

Focusing on low-cost leisure travel, Allegiant provides customers with low base fares averaging nearly half of the cost of the average domestic round-trip fare. The innovative business model has allowed the company to grow from one aircraft and one route just over a decade ago, to providing convenient, affordable service in over 100 communities nationwide.