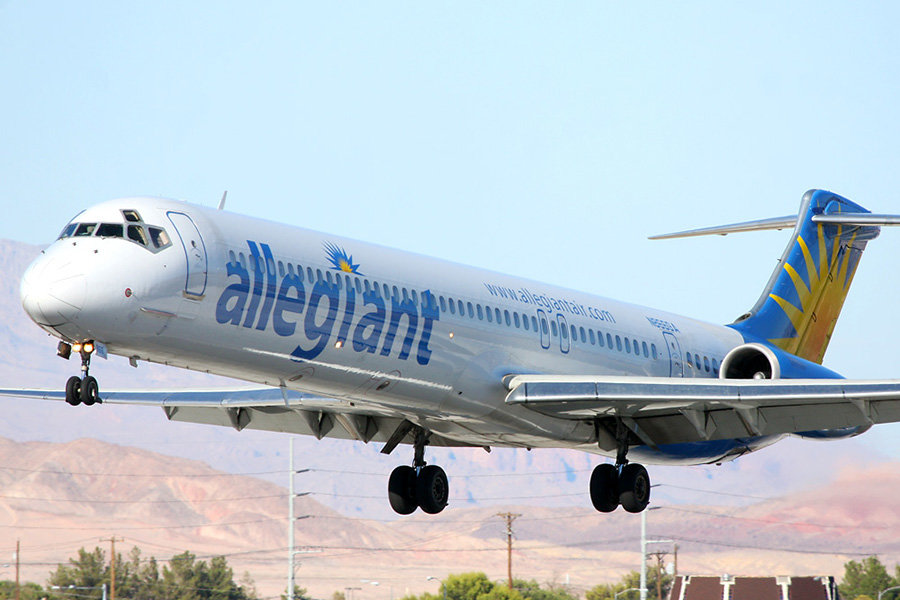 State and local officials joined executives from Allegiant Travel Company as the company announced plans to establish a two-aircraft base at McGhee Tyson Airport in Knoxville, Tennessee.

As part of Allegiant’s growth plans in Tennessee, the company plans to create up to 66 new, high-wage jobs in the area.

“Over the past decade, Allegiant Air has provided low-fare nonstop flights to popular destinations from McGhee Tyson Airport,” said Eddie Mannis, Chairman of the Metropolitan Knoxville Airport Authority Board of Commissioners. “They are continuing to support our region by selecting our airport as a base of operation, leading to more jobs and travel opportunities for the people of East Tennessee.”

The Las Vegas-based company is investing more than $50 million to establish its new base of operations, which will house two Airbus aircraft. The company, which focuses on linking travelers in small-to-medium cities to world-class leisure destinations, plans to begin its base operations at McGhee Tyson Airport in October 2018.

Knoxville is exactly what people declare it to be: a hidden gem. In this one, unique location, mountains meet music… art meets adventure… and culture meets cuisine. The pure walkability of downtown allows people to explore and discover vibrant murals, local music, historic sites, art museums, parks, greenways and more.

Great Smoky Mountains National Park is the most visited National Park in the country, seeing over 11.3 million visitors in 2017, and offers outdoor adventure abound as well as unparalleled breathtaking scenic beauty. Neighboring towns of Gatlinburg, Pigeon Forge, Sevierville and Sevier County, nestled at the doorstep of the Smoky Mountains each welcome guests year-round to the Smoky Mountain Vacation Area with their own unique, fun-filled family vacation experiences and charming personalities.

Today, Allegiant serves 27 routes from five cities in the state of Tennessee, including flights from Knoxville, Memphis, Nashville, Chattanooga and Tri-Cities. Of the routes, 22 are non-competitive, providing Tennesseans more nonstop options across the country.

“Allegiant has already seen great success in the Knoxville/Great Smoky Mountains area, and establishing a permanent base affords the opportunity to embed even deeper into the community and contribute further to the local economy,” said Keith Hansen, vice president of government affairs for Allegiant. “Having based aircraft and crews increases the efficiency of our operations and positions us for even more growth in the future, offering more access to and from the Great Smoky Mountains than ever before.”

Allegiant, which employs more than 4,000 team members across the U.S., plans to immediately begin hiring pilots, flight attendants, mechanics and ground personnel to support the operations. Positions are expected to offer average salaries more than 85 percent above the state’s average wage. Interested applicants may apply online.

“It is through strong community partnerships and the attractiveness of our region’s tourism market that our airport is able to recruit opportunities like the one announced today,” said Mannis. “We appreciate the support of our region’s economic development and tourism organizations.”