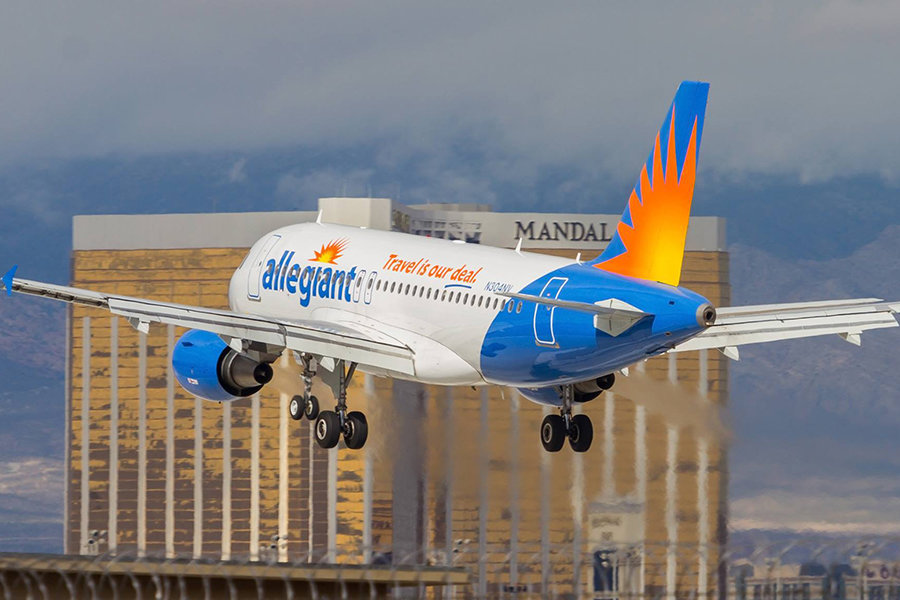 Allegiant announced plans to establish a two-aircraft base at Destin-Fort Walton Beach Airport, becoming the airline’s 14th year-round aircraft base.

Allegiant announced plans to establish a two-aircraft base at Destin-Fort Walton Beach Airport, becoming the airline’s 14th year-round aircraft base.

The Las Vegas-based company is investing more than $49 million to establish a year-round base of operations, which will house two Airbus aircraft. Allegiant set the stage for this expansion by utilizing Destin-Fort Walton Beach Airport as a seasonal base during the summer of 2017. Today Allegiant also announced new service to five cities – routes made possible only by establishing the Destin base.

“We are excited to continue our growth in Florida’s Emerald Coast by establishing a full-time base at Destin-Fort Walton Beach,” said Maurice J. Gallagher, Jr., Allegiant’s chairman and CEO. “The base will not only afford many more options when it comes to adding routes and expanding service, but will also give us the opportunity to contribute even more to the community and the state’s economy.”

“We have a terrific partnership across many state and local agencies, without which today would not be possible,” he continued. “We can’t thank them enough for their support.”

The aircraft base is expected to have a deep and lasting impact on the region’s economy, bringing an anticipated $418 million in tourism revenue on a five-year horizon.

“Allegiant’s new announcement is such great news for the people of Okaloosa County. The creation of a new hub for a national airline that comes with over 65 new jobs at the Destin-Fort Walton Beach Airport helps fulfill our mission of creating additional high-paying jobs in the county,” said Commissioner Graham Fountain, chairman of the Okaloosa County Commission.

Florida Governor Rick Scott said: “I am proud to announce Allegiant has chosen to establish a new aircraft base at Destin-Fort Walton Beach Airport, which will create 65 new jobs. Today’s announcement is a great reminder of how our tourism industry supports Florida business and communities and creates new opportunities for our families”.

Allegiant’s service in Destin-Fort Walton Beach began with six routes in 2016, and expanded to 16 cities in 2017.

“We are thrilled! Allegiant’s model fits like a glove at VPS and a year-round base will bring monumental widespread economic impacts to our region. We look forward to Allegiant’s continued success at the Destin-Fort Walton Beach Airport,” said Tracy Stage, Okaloosa County airports director.

The new routes will operate twice weekly and expand on the service Allegiant currently operates to Destin-Fort Walton Beach Airport (VPS), bringing the total number of Allegiant routes to VPS to 21. The new flights will bring nearly 25,000 additional visitors to the area. Flight days, times and the lowest fares can be found only at Allegiant.com.

“The partnership that we have enjoyed with Allegiant has helped to make us the fastest growing destination in the Southeast,” said Carolyn Ketchel, commissioner and aviation board member. “We are thrilled to have this additional base of operations that will bring new destinations and jobs.”

Allegiant launched its first Florida destination in 2005 and today serves seven destinations in the state with more than 200 routes. Allegiant currently generates nearly $3 billion in annual economic impact in Florida, and the company’s presence supports more than 25,000 jobs.