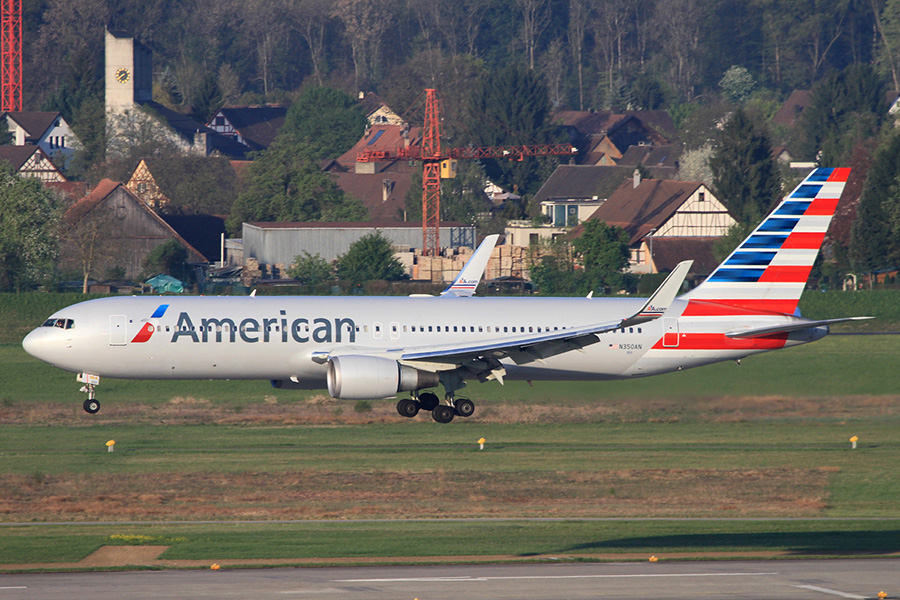 “The Marketing team plays an integral role in transforming the customer experience,” said American’s Chief Marketing Officer, Andrew Nocella. “Today’s announcement is the next step in building a cohesive team that will continue to innovate and drive our marketing efforts forward.”

Stache, Raja and Mohan all will report directly to Nocella; Blaise-Shamai will report to Stache.

Marketing & Loyalty
Kurt Stache, who most recently served as SVP of Alliances & Partnerships, has been appointed to the role of SVP of Marketing & Loyalty. In this position, he will oversee the airline’s marketing strategy and implementation across all channels, as well as direct the company’s customer relations management and loyalty programs.

Prior to his role as SVP – Alliances & Partnerships, Stache was based in London and served as VP – International, with responsibilities for company business in the Atlantic and Pacific regions. Previously, he held additional leadership posts including VP – Global Sales, President – AAdvantage Marketing Programs, and Managing Director – International Revenue Management.

“Kurt has excelled throughout his career at American,” said Nocella. “He has held leadership positions across the airline and is uniquely qualified to drive our marketing strategy and ensure our programs are aligned and optimized.”

In addition, Bridget Blaise-Shamai has been promoted to VP – Loyalty and will take over as President of the AAdvantage program. In this role, she will oversee all aspects of the program’s recognition and reward propositions for AAdvantage members. She will also be responsible for the airline’s customer relationship management initiatives, AAdvantage customer service, and all travel and retail mileage partnerships and business solutions. Blaise-Shamai has spent more than 20 years with the airline, most recently as Managing Director – Customer Loyalty & Insight. Prior to that role, she held several leadership positions including Managing Director – Distribution Systems and Director – AAdvantage Partner Marketing.

“Bridget is the natural choice to step into this critical role and lead our loyalty programs forward,” added Nocella. “She has extensive knowledge of AAdvantage and has been an integral part of its growth and evolution during the last several years.”

Network Planning
Vasu Raja will assume the role of VP – Network Planning where he will be responsible for the planning of American’s worldwide route network as well as the development of the airline’s long-term network strategy. Raja most recently served as VP – Pricing & Yield Management. In that position, he was responsible for pricing and yield management of American’s global network. Raja joined American in 2004 and has held a variety of roles in Sales, Corporate Planning and Revenue Management.

Raja will assume this post from Chuck Schubert, who has been named as VP – Operations & Crew Performance where he will lead the operating division programs that drive our operational performance and improve overall network reliability. Schubert will report to American’s SVP – Integrated Operations, David Seymour.

“Chuck has done a terrific job building our network and I know he will be an integral part of the Operations team moving forward,” said Nocella. “Coming from Revenue Management, Vasu will bring a unique perspective to the Network Planning team. His past experiences, coupled with his leadership style, will be a strong asset to the team as we continue evolving our network.”

Alliances & Partnerships
Joe Mohan has been hired as VP – Alliances & Partnerships and will start in this role Aug. 15. He will be responsible for managing the airline’s global alliances, international planning activities and interline product distribution. In addition, he will oversee American’s joint business agreement activities with British Airways, Iberia and Japan Airlines.

Mohan has more than 15 years of experience in the aviation industry. Most recently, he has served as CEO of VivaLatinamerica and led the expansion of the Viva brand through new airline launches throughout Latin America. He started his airline career in 1996 with Continental Airlines and spent 10 years there holding a variety of management positions across Strategic Planning, Revenue Management and Sales. From there, he eventually became the Chief Commercial Officer for Copa Airlines in Panama.

“Joe is a proven airline executive who will bring an important external perspective to our team,” noted Nocella. “He has seen success throughout his career and we are all looking forward to having him step into this significant leadership role.”