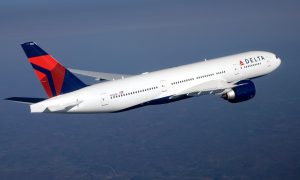 The Board of Directors of Delta Air Lines announced today that Richard H. Anderson has elected to retire as executive chairman effective this date.

Francis S. “Frank” Blake, who has been lead director since May 2016, will succeed Anderson as Delta’s non-executive chairman. Blake, the former Chairman and CEO of The Home Depot, joined Delta’s board in July 2014.

Anderson served on Delta’s board for nearly a decade, becoming a director in April 2007 when the airline emerged from bankruptcy. He was appointed Delta’s CEO in August 2007, and was elevated to executive chairman in May 2016 as he retired as CEO.

“His years of service to Delta established a legacy of unmatched dedication to our customers, employees, investors and the communities we serve. He is one of the great leaders in global aviation, and we wish him well.”

With an industry-leading global network, Delta and the Delta Connection carriers offer service to 319 destinations in 57 countries on six continents.

Headquartered in Atlanta, Delta employs more than 80,000 employees worldwide and operates a mainline fleet of more than 800 aircraft.

Including its worldwide alliance partners, Delta offers customers more than 15,000 daily flights, with key hubs and markets including Amsterdam, Atlanta,Boston, Detroit, Los Angeles, Minneapolis/St. Paul, New York-JFK and LaGuardia, London-Heathrow, Paris-Charles de Gaulle, Salt Lake City, Seattle and Tokyo-Narita. Delta has invested billions of dollars in airport facilities, global products and services, and technology to enhance the customer experience in the air and on the ground.