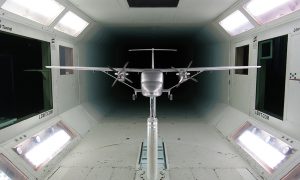 Cessna Aircraft Company, a subsidiary of Textron Aviation Inc., has announced that the Cessna Citation M2 business jet has received certification to operate at airports with an elevation up to 14,000 feet.

“Further proving the Citation M2 is unmatched in its class, it now holds high-elevation airport certification,” said Chris Hearne, vice president, Jets. “This allows customers operating out of high-elevation airports, like many found throughout Latin America, to do more with their aircraft.

Within Latin America, for example, the Citation M2 can now operate with non-stop reach from places such as La Paz, Bolivia, to Quito, Ecuador; La Paz to Sao Paulo, Brazil; or La Paz to Buenos Aires, Argentina.

Cessna created and continues to lead the light jet segment, giving customers the widest product range on the market. Unmatched in its category, the M2 has proven to be the most sold business jet in its class with more than 70 aircraft delivered since entering the market in December 2013. The M2 is on track to reach its 100th delivery in the fourth quarter of this year.  From the popular entry-level Citation Mustang and M2 jets, to the upgraded efficiency and comfort of the CJ3+ and the top performing CJ4, Cessna’s light business jets have evolved to offer a range of capabilities, systems and options unmatched in its class.

Cessna’s Citation series of jets are the most popular line of business jets ever produced, with more than 6,750 jets delivered to customers around the world. Citations are the largest fleet of business jets in the world and have surpassed 31 million flight hours.