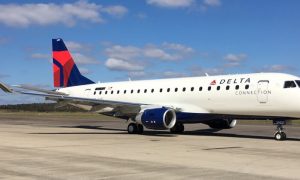 Childs was also elected to the SkyWest, Inc. Board of Directors, effective January 1, 2016. Atkin will continue actively serving the company as SkyWest, Inc. Chairman of the Board.

Steven Udvar-Hazy, Lead Director of the SkyWest, Inc. Board of Directors, said, “On behalf of the Board of Directors, I would like to congratulate Chip on this appointment and thank Jerry for his outstanding contributions to SkyWest for more than 41 years. Jerry’s inspired leadership helped make SkyWest what it is today: an industry leader. Chip is an exceptionally talented executive who understands SkyWest’s unique culture and has driven continued progress at the Company. During his time as President and in his leadership in the airline’s operations, Chip has proven he is the right leader to take SkyWest into the future.”

Atkin said: “Leading this company for over 41 years has been the experience of a lifetime. We set out to do something a little better and a little different than everyone else, and through our commitment to that goal, SkyWest and its people have succeeded immeasurably. My decision to move on from the CEO role was ultimately determined by the strong state of the company and my confidence in Chip’s leadership. I want to thank Chip and all of the leaders of SkyWest, Inc. and our two airline companies. Their engagement and dedication will ensure that SkyWest’s best days lie ahead.”

Childs said: “Jerry is an icon at SkyWest and across the industry, and I’m humbled and honored to succeed him as SkyWest, Inc.’s CEO. I firmly believe in our mission to be the airline, employer and investment of choice, and will continue to nurture that culture as CEO. The regional airline industry is incredibly competitive, but I believe that as we maintain our focus on our operation, our people and our customers, we will continue to grow profitably and create value for all of our stakeholders. Our collective commitment to these values is essential to the long-term future of this outstanding company.”

Childs was named President of SkyWest, Inc. in 2014 and is responsible for the holding company’s operating entities and all commercial activities. He joined SkyWest in 2001 and became Vice President – Controller later that year. He served as SkyWest Airlines President and Chief Operating Officer from 2007 to 2014. Childs earned his bachelor’s degree in Economics and master’s degree in Accounting from Brigham Young University. He resides in St. George, Utah with his wife Jennifer. They have three sons and a daughter.