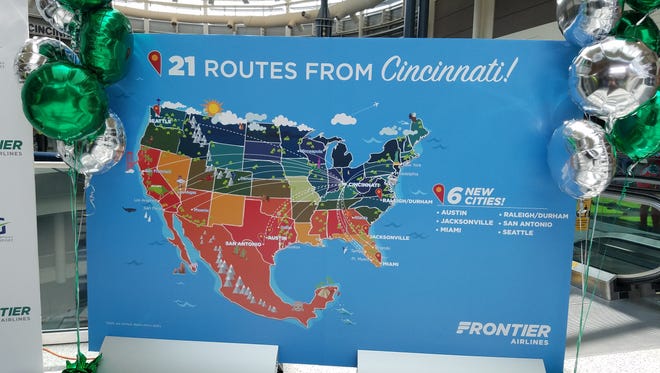 Frontier Airlines announced the one-hundredth city in the low-fare carrier’s network and the addition of six new routes to its network.

Frontier Airlines announced the one-hundredth city in the low-fare carrier’s network and the addition of six new routes to its network.

The airline will add new services from Harlingen, Texas with the only non-stop service to Denver and Chicago as well as international service from Las Vegas with non-stop flights to both Cancun and Cabos San Lucas, Mexico.

In addition to low fares for Harlingen being the carrier’s 100th city served, the non-stop flights to Denver mark an important milestone for Denver International Airport. The addition of Frontier service to Harlingen brings the number of domestic destinations available from Denver to 179, which represents the most domestic routes that any U.S. airport serves.

“With the addition of this one-hundredth new city to our network, and six new routes, we continue to deliver on our mission to make air travel more affordable for America,” said Barry Biffle, President and CEO, Frontier Airlines. “Frontier allows more people to travel than ever before and we look forward to them having a chance to experience our unique brand of Low Fares Done Right.”